Local Lib Dems have selected their parliamentary candidate for the Vauxhall constituency, which covers Waterloo. 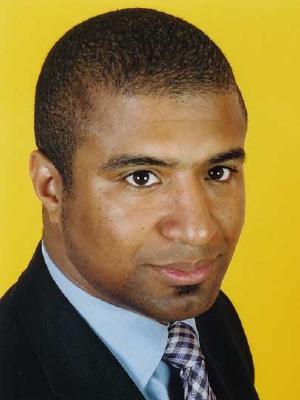 Charles Anglin has been selected as the Lib Dem Parliamentary Spokesman. The hustings meeting was held at St Peter's Heritage Centre in Kennington on 20 October. Mr Anglin was chosen by an overwhelming majority of local party members.

Rob Blackie, Chair of Vauxhall, said "Charles Anglin will be an excellent Parliamentary candidate for Vauxhall, and we have high hopes of making Vauxhall a Liberal Democrat constituency."

Talking of his appointment and the challenges ahead, Charles said: "I'm honoured & delighted by this result. There's a big job ahead but as Brent East showed, with hard work the Liberal Democrats can win anywhere in London.

"Vauxhall is good territory for the Lib Dems, with have more councillors than Labour & our vote rose in the 2001 General Election & last years locals. We are the only party who can beat Labour – the Tories are out of it – they've only got one councillor in the whole constituency.

"Local people have had enough of Tony Blair & New Labour, they know that only the Liberal Democrats have the policies to tackle crime, abolish tuition fees and defend the NHS. I will be fighting for local people and local services and I'm fighting to win".

32 year-old Charles has lived in Lambeth for 9 years and has been a local Lib Dem campaigner throughout that time. He was brought up in south London. Charles has been a councillor in Lambeth since 2002 for the Princes ward, covering Kennington and Vauxhall, and has previously held positions on the Federal Executive and Federal Policy Committee of the national Liberal Democrats. He runs his own PR company, which offers advice to charities and other organizations on how to deal with Government.