Round the world yacht race competitors set off from Tower Bridge

12 ocean racing yachts set off from Tower Bridge on Sunday lunchtime on a 40,000-mile adventure. 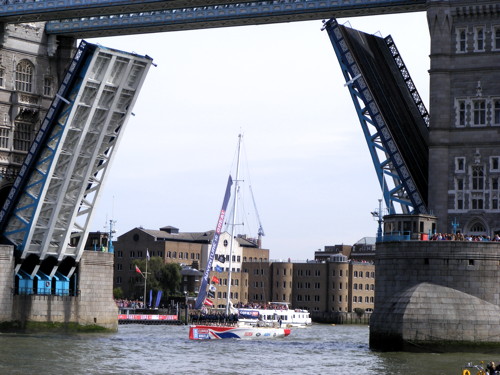 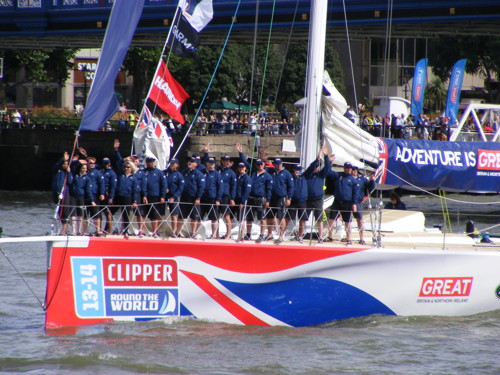 Organisers claim that more than 120,000 people lined the banks of the Thames for the start of the Clipper 2013-14 Round the World Yacht Race.

The 12 participating yachts had been berthed in St Katharine Docks and Tower Bridge lifted twice to allow the boats to make a circuit of the Upper Pool before heading out to the Thames Estuary where the race had its formal start on Monday morning.

"It is wonderful to see these gutsy people set off on one of the greatest adventures left on the planet," said Sir Robin Knox-Johnston, founder of the race.

"Departing from the iconic Tower Bridge, in the British capital London, is something really special for the crews and skippers who have been building up to this moment for months.

"To see them return to London as accomplished circumnavigators in 11 months' time will be a special moment."

The armada was joined by a paddleship steamer, pilot boats, police boats, RIBs, spectator boats and other pleasure craft as Britain waved off the 270 crew sailing from London to Rio de Janeiro on leg 1.

It is the first time London has hosted the Clipper Race and is 40 years since the Thames last featured a round the world sailing event.