A developer has signed an £8 million deal to acquire a derelict site next to Southwark Underground Station and is poised to buy adjacent land owned by Southwark Council. 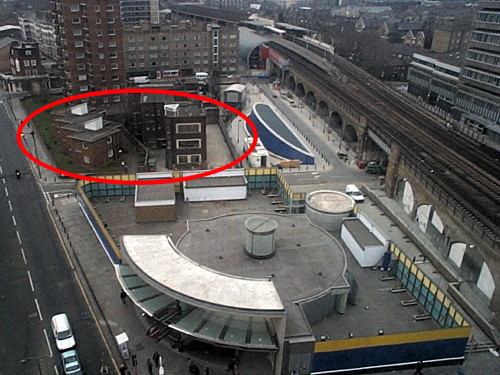 Development Securities this week announced that it has secured an option agreement on Algarve House in Joan Street for Ł8 million with a view to the development of an "office-led regeneration project".

The company said that it is "exploring options to secure additional land to maximise the development potential of the site".

Residents of the adjacent council-owned Styles House have been told that Development Securities would like to buy part of the site to expand the scope of the proposed high-rise office scheme.

Next month Southwark Council's cabinet is scheduled to "approve terms for the disposal of land" including the low-rise block adjacent to the main Styles House tower.

Residents have been told that the studio flats would be rebuilt as part of the development.

"We see Southwark as a strong market for office development and the site is extremely well positioned being adjacent to Southwark underground and close to Waterloo," said Julian Barwick of Development Securities.

"Our proposals for the site draw on our expertise in taking derelict or otherwise redundant land and creating value through a process of regeneration."

Styles House residents have created an award-winning garden in front of their homes on The Cut.