A rough sleeper who subjected a woman to a violent rape on New Kent Road has been jailed for eight years. 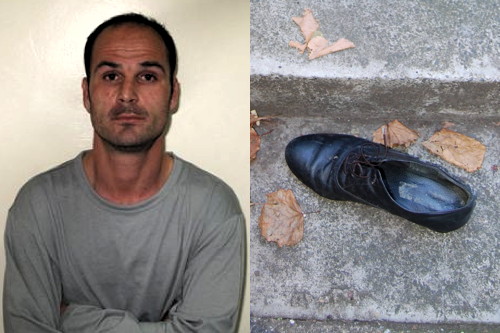 He was sentenced at Woolwich Crown Court on Monday after pleading guilty to the offence last month.

Trimbitas will also be placed on an extended licence for a period of four years and will be placed on the sex offenders' register for life.

His victim was saved from further injury and assault after three members of the public fought off the attacker after they heard the victim's cries for help.

The 24-year-old woman was walking along the New Kent Road at around 4am on Sunday 6 October when she stopped to look at a bus timetable.

Trimbitas grabbed her from behind and dragged onto a nearby set of steps. He then subjected her to a horrific assault while threatening to kill her.

During the attack, three members of the public – two men and a woman – heard the victim screaming and intervened.

They pulled Trimbitas off the woman and he then ran off.

The two men pursued Trimbitas while the woman looked after the victim but they stopped after Trimbitas confronted them claiming to have a knife.

The victim suffered a number of injuries and required hospital treatment.

A shoe found at the scene was analysed at the Met's forensic laboratory and identified that the shoe belonged to Romanian national Trimbitas within 24 hours.

A manhunt was launched with the police gaining assistance from homeless charities and the homelessness unit at Southwark Council.

Officers also enlisted the help of the homeless and the Romanian community to find Trimbitas.

Realising the net was closing in, Trimbitas eventually handed himself in into Charing Cross police station on Friday 11 October and was subsequently charged with rape, assault by penetration and threats to kill.

Detective Constable Paul Hill said: "I commend the victim for her courage and commitment in this case. This was a very violent attack on a lone female at night on her way home.

"She was attacked on a busy road and had three brave people walking past not intervened, she could have been more seriously injured. Trimbitas is a dangerous individual who has now been convicted of this crime and will rightly spend a long time in prison."

Detective Inspector Jackie Wakeford-Smith said: "This is one of the most disturbing assaults I have worked on. Detectives from Sapphire worked tirelessly, to identify and locate Trimbitas who was rough sleeper and I thank the homeless population in Southwark and Westminster who assisted us in locating him.

"I cannot rule out that he has not done this before but if you have been assaulted by Trimbitas, please come forward and tell us. We have trained officers and partners who can support you."

The judge also recommended that Trimbitas be deported after serving his sentence.