Hatfields Green to be pioneer for Lambeth’s 'cooperative parks'

Hatfields Green is one of a number of parks and open spaces to be handed over to community groups under plans agreed by Lambeth's cabinet on Monday. 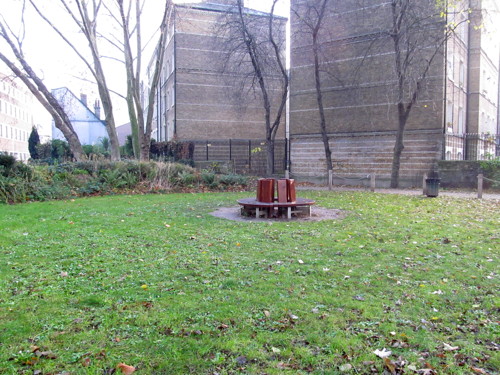 Lambeth Council has agreed in principle that Hatfields Green – a small park on the borough boundary with Southwark – should in future be managed by Bankside Open Spaces Trust in partnership with the Friends of Hatfields Green.

The borough's 'Cooperative Parks Programme' is the latest manifestation of the Labour-run authority's ambition to become a 'cooperative council'.

"I should stress that the council is not walking away from its parks and open spaces," Cllr Sally Prentice, cabinet member for culture and leisure, told Monday night's cabinet meeting at Lambeth Town Hall.

"We will have a different role which is more about leadership and facilitation and working collaboratively with the community to safeguard our parks and open spaces."

Lambeth's Liberal Democrat opposition group has warned that "this apparent gift horse is but an elaborate charade to disguise cuts".

The council says it will carry out a public interest test before confirming the new partnership with BOST and the friends' group.

BOST already manages the Waterloo Millennium Green in Lambeth as well as a number of parks in north Southwark.