Two teenagers appeared in court on Tuesday charged with possession of a bladed article after two large knives were found by police in a block of flats at Elephant & Castle. 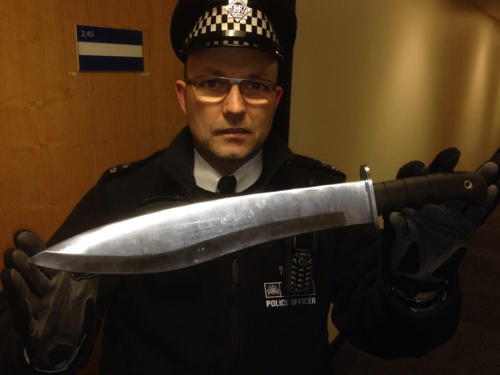 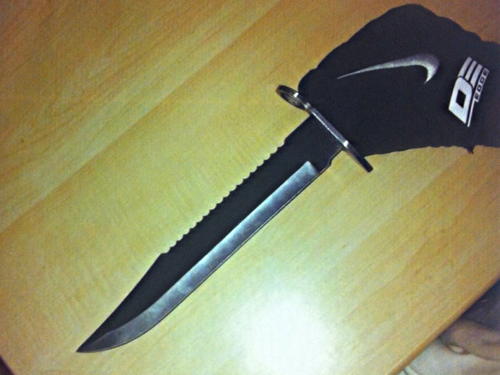 A 10-inch knife was also retrieved by officers

The boys – aged 15 and 17 – pleaded guilty to possession of a bladed article at Camberwell Green Youth Court.

They have both been given a four-month youth offending referral order.

Police were called at around 8pm on Saturday 1 February to reports of a group of youths smoking cannabis in a stairwell at Perronet House close to the Elephant & Castle roundabout.

Officers from the Cathedrals ward safer neighbourhood team responded and chased a group of youths.

Detectives from Southwark CID took up the investigation and found CCTV footage of youths brandishing the knives in the stairwell at Perronet House.

On Sunday officers arrested the two teenagers and they were charged on Monday.

"Knife crime is a priority for Southwark officers and we are committed to taking dangerous weapons off the streets," said Detective Chief Inspector Dave Yarranton of Southwark CID.

"I would like to thank the officers in the case, Detective Sergeant Iain Duncan-Smith and Detective Constable Marlon Guthrie, who worked tirelessly to identify, arrest and charge the teenagers and get them in front of the courts within days of the knives being discovered."