Part of Southwark Street was sealed off by police overnight on Friday night after an office building occupied by RBS was damaged in high winds. 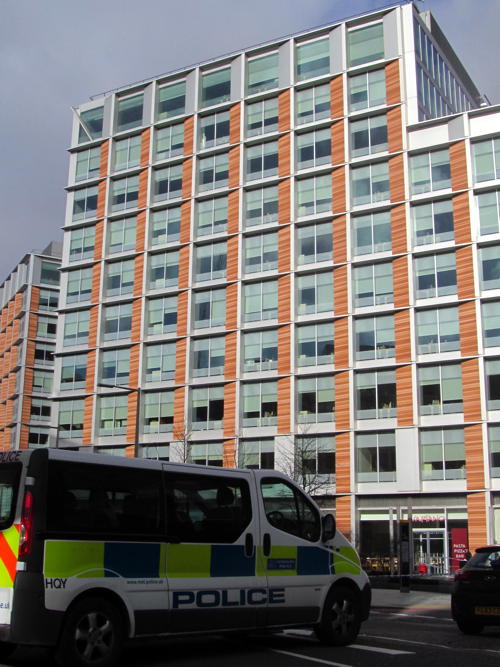 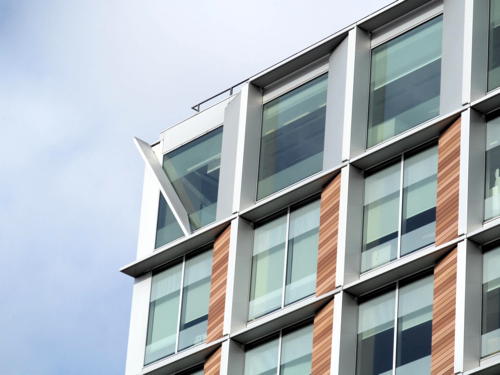 Damage to the Allies and Morrison-designed building 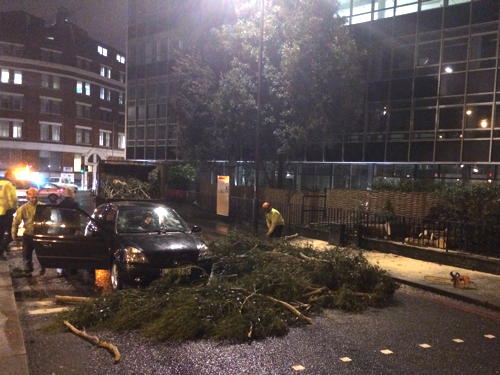 Workers saw up a tree that fell on a car in Long Lane on Friday night, outside 200 Great Dover Street 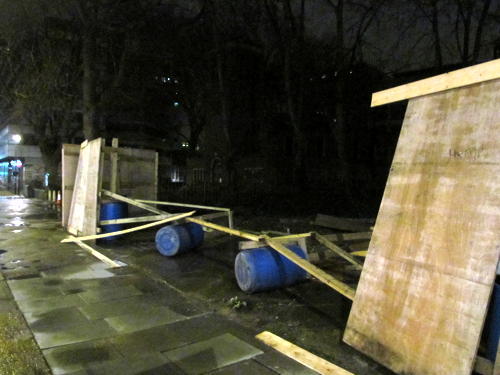 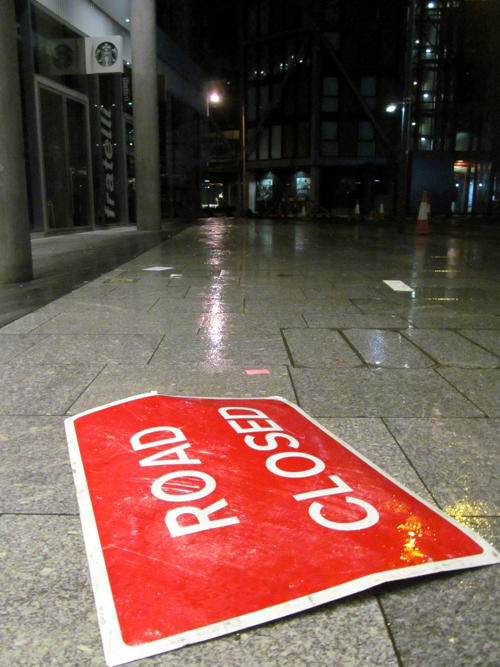 Firefighters from Dockhead and Paddington were called to the office block known as 'Bankside 3' after a piece of masonry came loose at the top of the building.

The road remained shut overnight and the M&S Simply Food store was unable to open on Saturday morning due to the precarious position of the cladding above the shop entrance.

Elsewhere in SE1 a driver had a lucky escape in Long Lane when a tree hit his car close to the junction with Great Dover Street.

The Real Food Market outside the Royal Festival Hall delayed its opening until Saturday afternoon due to "severe wind issues".