Residents of a social housing block just off Blackfriars Road have taken their campaign to secure the long-term future of their homes to City Hall. 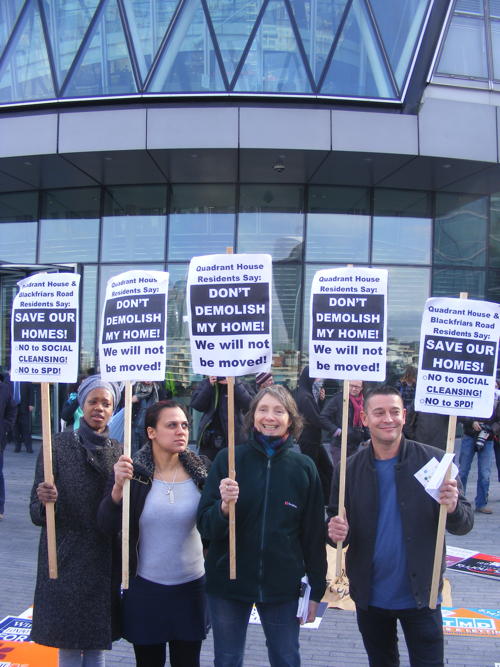 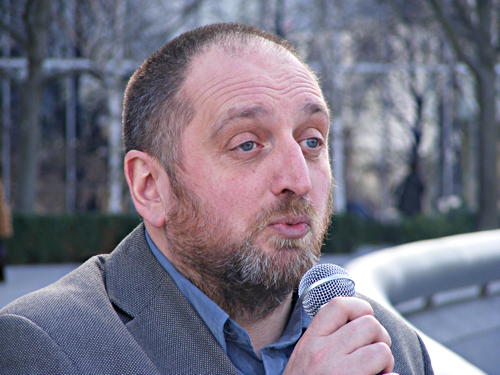 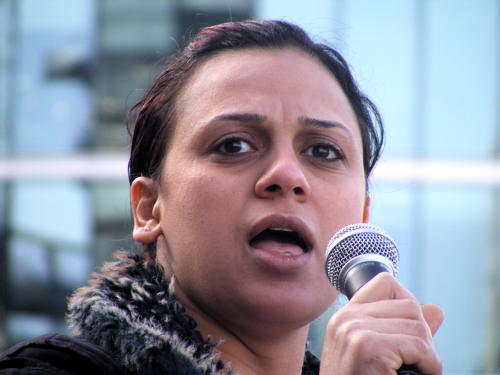 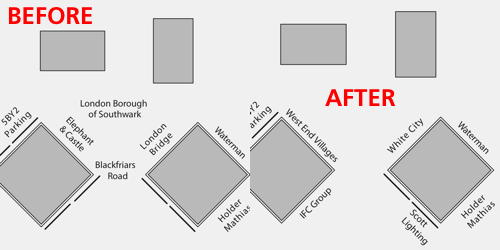 Residents of Quadrant House, who are tenants of the L&Q Group, have been concerned about the future of their homes since this website reported on early proposals for an office-led redevelopment of the site bounded by Blackfriars Road, Burrell Street, Chancel Street and Nicholson Street.

The Quadrant House campaigners were among dozens of activists from across London who converged outside City Hall on Thursday afternoon.

The protest was organised by the Radical Housing Network to coincide with MIPIM, the annual property trade fair in Cannes, France.

"We are coming to City Hall to show that our land, our cities, and our homes, will not be sold by politicians to line the pockets of developers," said Liliana Dmitrovic of People's Republic of Southwark.

"These are the individuals responsible for the housing crisis, and we believe that everyone deserves a decent home."

Speakers at the demo included the Green Party's Darren Johnson AM, chair of the London Assembly, who called for the building of more social housing and for the introduction of rent controls in the private rented sector.

Mayor of London Boris Johnson will make a speech to launch the London Pavilion at MIPIM in Cannes next Tuesday.

Southwark Council will not take part in MIPIM this year. A year ago the council leader and chief executive travelled to Cannes as guests of Elephant & Castle developers Lend Lease.

However, a draft floor plan for the London Pavilion at MIPIM 2014 shows that a three-panel display for Southwark had been planned, featuring sections on London Bridge, Blackfriars Road and Elephant & Castle. Any mention of the borough was omitted from the final version of the document.