Simon Hughes MP has described Conservative Mayor of London Boris Johnson's voluntary concordat with property developers to ensure that new homes are offered for sale in the capital first as a "Liberal Democrat step forward". 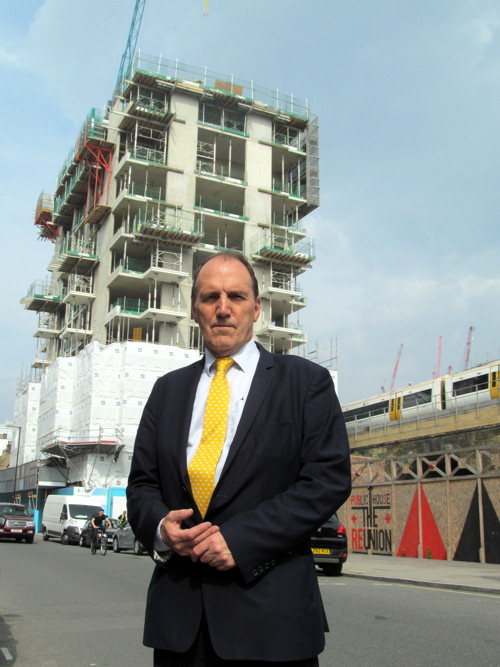 On Tuesday Boris Johnson used his annual speech at MIPIM, the property industry trade fair in Cannes, France, to announce the launch of a voluntary agreement with leading London developers to counter criticism of the sale of new homes to overseas investors.

In his letter to developers the Mayor wrote: "New housing developments are a vital part of the infrastructure of a living and dynamic city. London is a global city and therefore will inevitably have an international element to its market.

"You will understand however, I want Londoners to be able to live near where they work and to raise their families in our boroughs.

"Doubling house building must be of benefit to everyone in our city who contributes to our economy."

"I am delighted to see that after months of campaigning from Liberal Democrats across London, BoJo has finally started to say no no to foreign investors who see London's housing market as no more than an investment opportunity," Mr Hughes said this week.

"The Mayor's new u-turn on housing policy is a small but welcome, fair, and Liberal Democrat step forward.

"By making sure that property is advertised and sold first to local residents, the Mayor has woken up from his non-interventionist slumber to give a bit more help to hard-working families and individuals who are struggling to get on the housing ladder.

"But we must do more to re Balance the London housing market to support the thousands of people who are priced-out of buying a home by the global super-rich – many of whom are merely investing in a commodity not investing in our communities.

"In Government, Liberal Democrats have acted and reformed capital gains tax so that foreign owners of UK property will be taxed on property sales.