Labour strengthened their hold on the boroughs of Southwark and Lambeth in local elections held on Thursday. 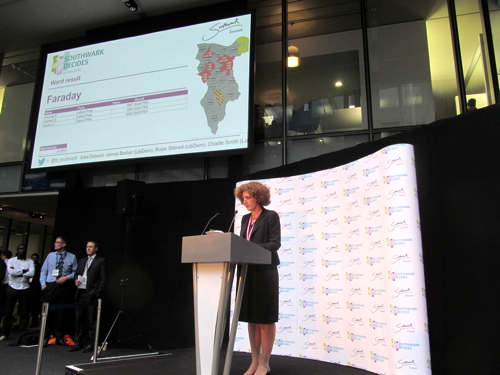 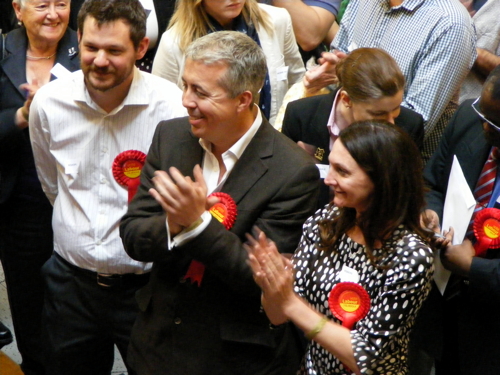 Our coverage focuses on the six wards that most closely match the borders of SE1: five of them in Southwark and one in Lambeth.

Commentary: An unexpected Labour gain, with a defeat for long-serving Lib Dem councillor Peter Truesdale (a former leader of the council) and sitting councillor Diana Braithwaite. One of the unsuccessful Lib Dem candidates was Matthew Hanney, special advisor to Nick Clegg.

The result was announced by the returning officer after a six hour count at Brixton Recreation Centre.

New councillor Jennie Moseley, who was born in her ward and has lived in Waterloo all her life, said that she and her supporters had worked tirelessly for the past year.

Speaking minutes after the declaration she said: "I'd like to thank my family obviously and my fellow candidates Kevin and Ben. We worked very well together and very very hard and we are going to make sure that we work has hard or even harder in the ward going forward for the next four years.

"It's what Bishops ward residents deserve. We are going to deliver."

Commentary: This has been a battleground ward between Labour and the Lib Dems for many years, with tight results in 2006 and 2010. Both parties put in a lot of work but it paid off for Labour this time.

Commentary: With all three incumbent Lib Dem councillors standing down, Labour managed to snatch one of the three seats here even though it was not a target ward for them.

Commentary: It seems possible that a strong UKIP vote enabled Labour to take second place in this ward by splitting the usual Conservative vote.

Commentary: Labour will be pleased with this breakthrough in this part of Simon Hughes's parliamentary seat, unseating three well-known Southwark Lib Dems.

What do you think of the election results?