Passengers at Waterloo East and London Bridge stations on Saturday afternoon were surprised to see one of Britain's fastest trains pass by. 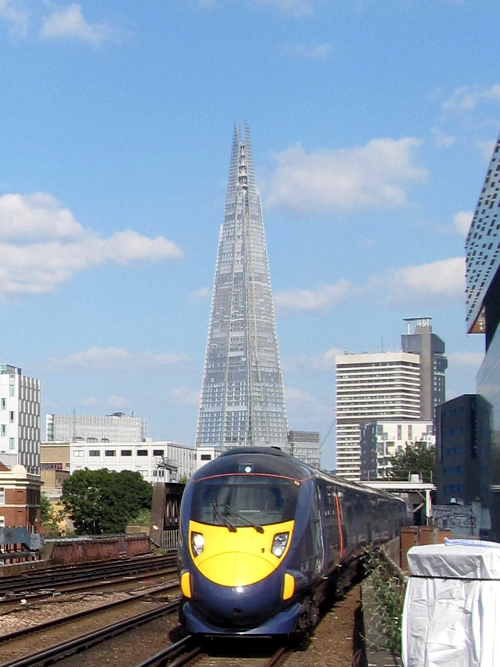 The 'Wandering Javelin' approaches Waterloo East, with the Shard in the background

The class 395 train travelled through Waterloo East and London Bridge as it completed a tour of the Southeastern rail network, including stops at Charing Cross and Cannon Street.

The trains are popularly known as Javelins as this was the name given to the shuttle service between St Pancras International and Stratford International which ran during the Olympic and Paralympic games in 2012.

The class 395 units – which are capable of travelling at up to 140 mph – usually operate services between St Pancras and the Kent coast via the High Speed 1 (HS1) Channel Tunnel rail link.

Saturday's Wandering Javelin excursion was such a sell-out success that organisers UK Railtours have organised an identical itinerary for Saturday 23 August. Tickets cost Ł43.50 for the journey of more than 400 miles round the Kent and south east London railway network.