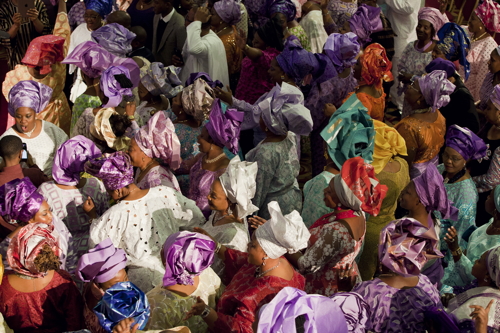 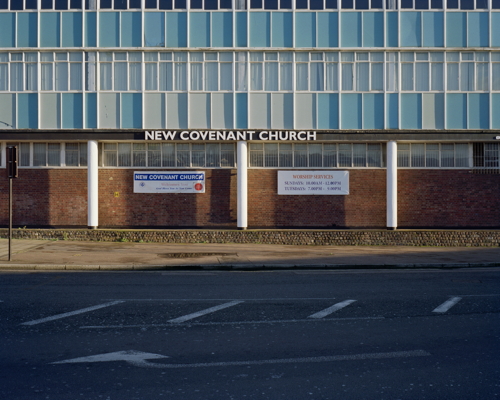 The New Covenant Church near Asda on Old Kent Road

Peter Stevenson, URC minister of Crossway in New Kent Road, observed that when he first arrived in Southwark he noticed that on Sunday morning there were a lot of people dressed up and on their way to church.

According to Roehampton University research, Southwark has over 240 black majority churches which is the greatest concentration outside Africa. Most are in Peckham and 43, the second largest group, are in SE1.

The spaces used are often a former factory, warehouse and even a bingo hall.

Chloe Dewe Mathews, who currently holds a fellowship in photography at Harvard University, lives in Southwark. Although she claims not to be religious she was brought up going to church and says that the contrast between the congregation she knew and the first church she attended with her camera was enormous.

She began her three month project in a former ironmongery full of coloured lights, a sound desk with eight piece band, projection screens and two hundred worshippers. Most of the locations she went to allowed the worshippers to make as much noise as they wished without upsetting any neighbours.

The pictures of surprise buildings, enthusiastic crowds and sometimes beautifully dressed individuals tell a story of faith and mutual support among people with extraordinary backgrounds. These are communities of prayer and action.

The Christian faith is stronger in Southwark than in many provincial towns. Indeed Anglican Southwark Cathedral and Roman Catholic St George's Cathedral both have full multiracial congregations which include a high percentage of local people.

But this exhibition reveals a so far little-realised aspect. Over a period of thirty years African churches have gradually grown to become greater in number than the established and ancient churches as African families joined independent congregations meeting in secular buildings. Today's estimated Sunday attendance in Southwark's black majority churches is over 20,000.

This must be a challenge for those from all churches, mainstream and new, involved in Christian unity dialogues in Southwark.

The exhibition is a Tate Modern & You project staged by the gallery's regeneration & community partnerships team.

The photographs are displayed with short films until Sunday 13 July; admission free.