A row of shops in Waterloo's Lower Marsh was turned into Wardour Street 1953 on Sunday for the filming of a new ITV drama series. 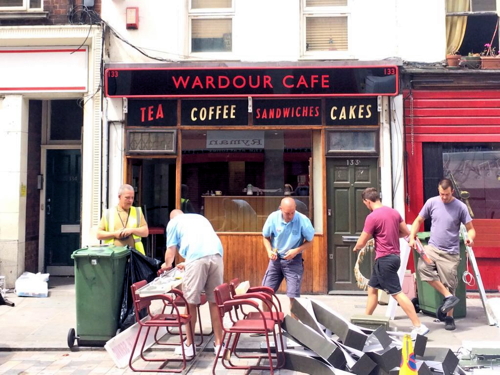 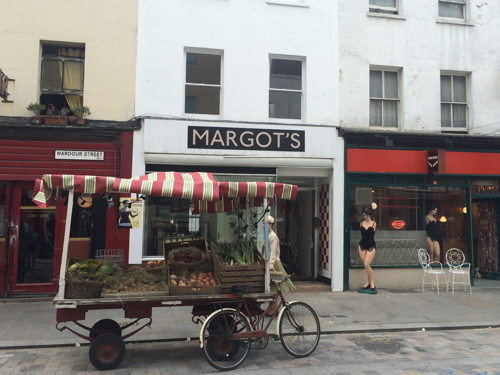 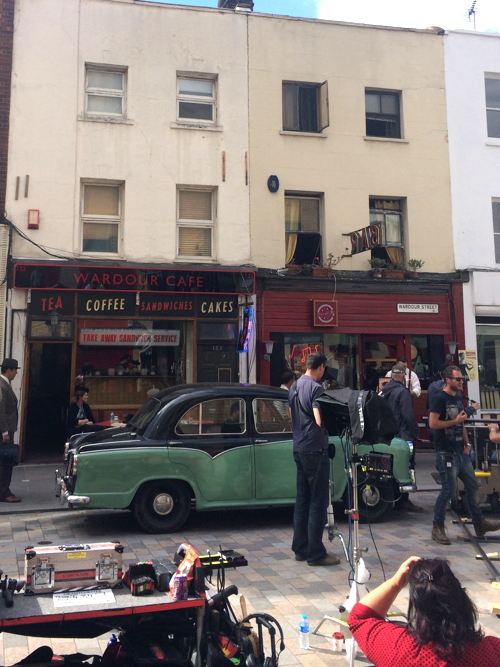 The film crew from TV company Lovely Day took over the parade of shops including Scootercaffe, Olympic Cafe and the Chunnel Bar.

Grantchester is a six-part series for ITV based on the novel Sidney Chambers and the Shadow of Death by James Runcie.

Runcie lived at Lambeth Palace when his father Robert Runcie was Archbishop of Canterbury. He now works at Southbank Centre as head of literature and spoken word.

The central character – clergyman Sidney Chambers – has a love of jazz music and the Wardour Street set recreated in Lower Marsh on Sunday included a jazz club.

Grantchester is due to be shown on ITV in the autumn.