South Bank commuter jumps in Thames to save man in distress

A Lifeboat crew has praised the actions of a commuter who jumped into the River Thames on Monday morning to rescue a man in distress in the water. 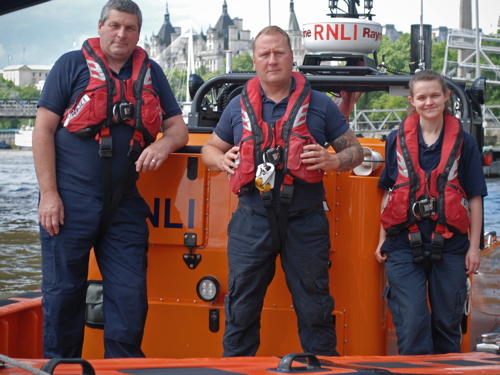 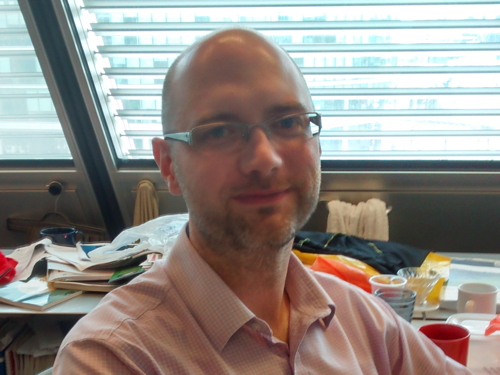 Ben Corr in his office at City Hall

Ben Corr, a 36-year-old statistician who works for the Greater London Authority at City Hall, had been running to work along the South Bank when he was flagged down by a woman close to Jubilee Gardens.

"The lady was quite shaken up – she was pointing to a man in the river and said she'd just seen him jump from the [Golden Jubilee] bridge," said Ben Corr.

"She was clutching a life ring but wanted some help in throwing it out to him.

"I did try but he was quite far out and The Ring missed him. Despite our efforts to coerce him towards it, he was just flailing in the water.

"At first I held back because I know the emergency services always advise the public not to enter the water in times like that, in case they get into danger as well.

"But after a moment I decided I had to – so I climbed down onto the foreshore, entered the river, and swam across to him."

Ben said the man was very distressed and was pushing him away at first, but eventually agreed to take the life ring: "I pulled him back to the South Bank wall but there was no way to get out. The woman who had stopped me explained that she had called the police and barely a minute later the lifeboat crew arrived."

Lifeboat crew members from the Royal National Lifeboat Institution launched just after 7am on Monday after reports from London Coastguard that a man was in the River Thames, drifting close to the base of the London Eye.

Tower lifeboat crew – helmsmen Craig Burn and Stuart Morrison together with volunteer Jenny Barnett – pulled both men aboard and returned to the lifeboat station beneath Waterloo Bridge.

Craig said: "We got them as they were floating down by the base of the London Eye. There are some struts there and we were concerned about them floating close to those, but we got to them in time.

"We met with our ambulance service colleagues back at the station and they treated the man who had entered from the bridge.

"He was cold and shaken and still distressed, and was taken away by ambulance crews for further treatment.

"Ben stayed with us for a short while and we gave him blankets and lots of tea and biscuits.

"Ben is right that we don't advise people to go into the water to help people, but he assessed the situation and made a measured, very brave decision to go in.

"What he did was hugely commendable and we take our hat – or helmet – off to him: there is one man out there today in London who would surely have lost his life if it hadn't been for Ben and the lifeboat crew."