The Times moves to Southwark

The Times newspaper has moved to Southwark. Monday's edition was the first to be produced at the new building in London Bridge Street. 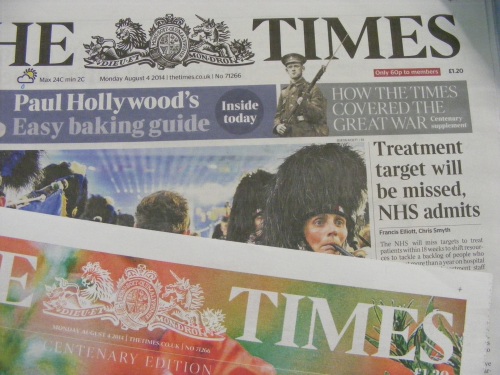 First copy of The Times produced at London Bridge 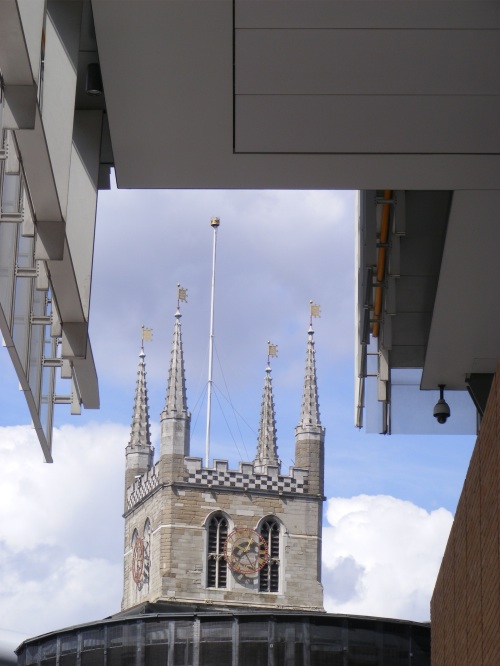 Southwark Cathedral's tower seen from below the Baby Shard canopy 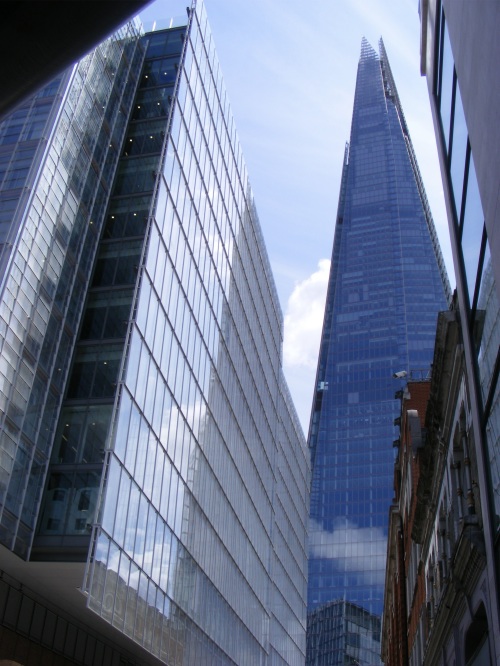 After 28 years in Wapping, News UK has brought its titles to the Baby Shard in London Bridge Street. The Sun has been in the building since mid July and The Times staff arrived last weekend.

For The Times it is a return to central London. The paper was produced at Printing House Square across the river from 1785 to 1974. The offices embraced the site of Blackfriars Priory's refectory where Shakespeare, who lived next door, staged his plays in winter months when the Globe theatre was closed.

The newspaper's imprint once included the words: "Printed and Published by TIMES NEWSPAPERS LIMITED at Printing House Square, in the Parish of St. Andrew-by-the-Wardrobe with St. Ann, Blackfriars in the City of London E.C.4 England."

Now the address is simply "1 London Bridge Street" with the printing undertaken outside London at Waltham Cross.

But the newspaper is once again in a parish with strong Shakespeare associations. Southwark Cathedral is where the Bard arranged for his brother to be buried. In the church, William saw the effigy of John Gower who was included in three plays. Today many visit to admire the Shakespeare memorial.

The editors of The Sun, The Times and Sunday Times were among two hundred newspaper employees who came to a carol service last year when News UK made a donation to the parish's All Hallows project.

The Place, or 'Baby Shard' as the 17-storey News UK building is known, was designed by The Shard architect Renzo Piano. The interior has been planned with new working practices in mind so there is only room for 60 per cent of staff to be present at the same time. Newspapers are seven day operations with many journalists not only working in other locations but also at home.

The inspiration has comes from the Central St Martin's building in Kings Cross and the Microsoft office layout in Amsterdam. But, according to Director of Advertising Strategy Abba Newbery, many visitors say it is like Google.

Staff are reported to be very happy with their new home but expectations that the Times Diary feature would have a new local byline have not been fulfilled.

In the 1960s the column's launch editor Michael Leapman signed PHS for Printing House Square. At Wapping this changed to TMS for Thomas More Square. But a note in the first Times Diary column penned in SE1 says that TMS is being retained.

"Not only does TMS spell Times for those with irritable vowel disorder, but calling the column BS (for Baby Shard) would be inviting trouble," says the current diarist.