Police officer jumps into the Thames to save two from drowning

A police officer has rescued a man and woman found clinging to a pier support beneath the London Eye. 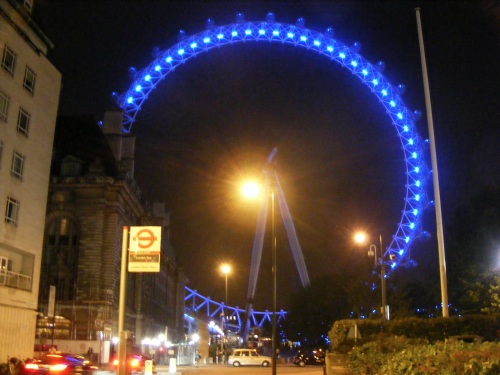 The couple was spotted at about 9pm on Monday just after sunset and shortly before the London Eye was due to turn its lights off as part of the one hour Lights Out marking the First World War anniversary.

A 43 year old man had jumped into the River Thames having seen a 53 year old woman in the water.

The Marine Policing Unit, alerted by the London Ambulance Service, was unable to get its vessel close enough to the pair so a male officer from the boat entered the water and swam towards them.

The officer managed to bring the female back to the boat before swimming to rescue the man.

Afterwards the Marine Policing Unit docked at the London Eye Pier where the woman was taken to hospital.

The man who was uninjured was thanked for his bravery by officers and given some dry clothes.

The female remains in a stable condition in hospital.

Sgt Yvonne Saunderson from the Marine Policing Unit said: "The quick actions of not only our officers, but also the man who went in to help the woman, ensured that no one was seriously injured.

"His bravery should be commended, but we would advice that members of the public call police rather than jump into the Thames.

"No one should swim in the Thames no matter what the circumstances."