The cyclist killed on London Bridge has been named as 28-year-old Chris Tandy. 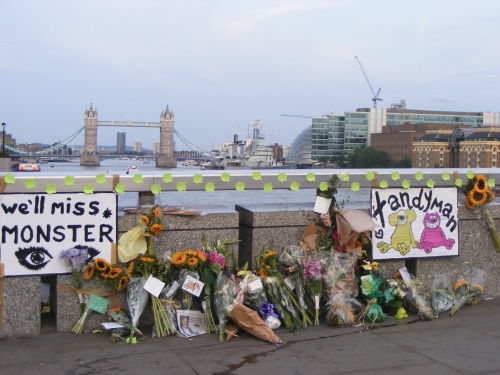 He died on Saturday night shortly after leaving London Bridge Station and heading north across the river. He lived in Hackney.

The fatal collision involved a car and is being described by friends as a "tragic accident".

Mr Tandy, who had been training to take part in a charity cycle ride, was employed by the British Council.

"Chris Tandy worked in the British Council's Education team as the manager for our Going Global conference, and was a hugely talented, dedicated, respected and a liked colleague to all he worked with, who will be dearly missed," said British Council education director Rebecca Hughes.

Flowers have been laid by the side of the roadway.