A 21 gun salute was fired across the Pool of London on Tuesday evening to mark the 100th anniversary of the first full day of World War One in 1914. 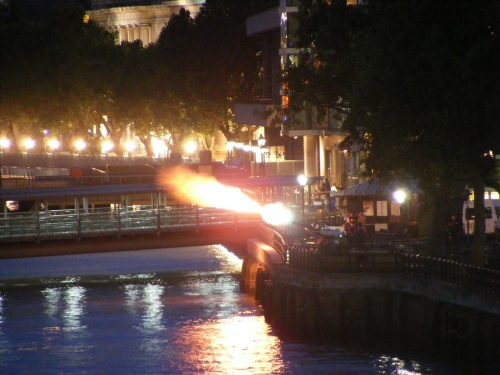 The salute is fired from Tower Wharf 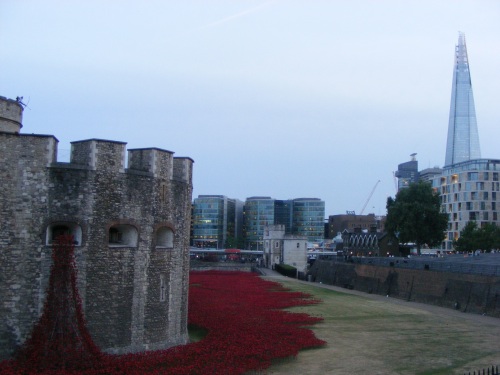 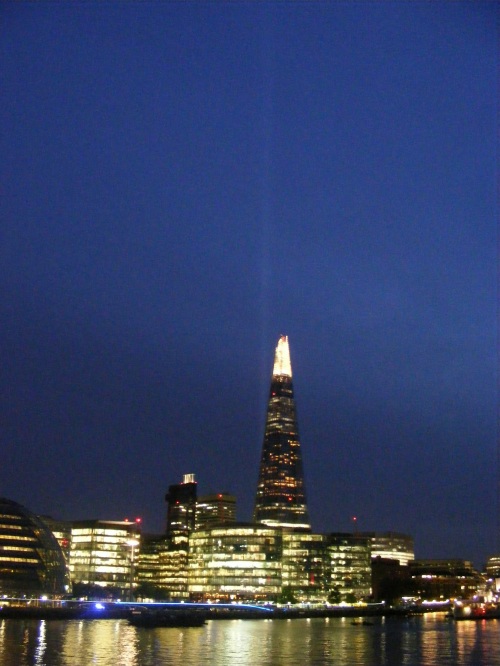 The 'giant candle' seen as the salute ends 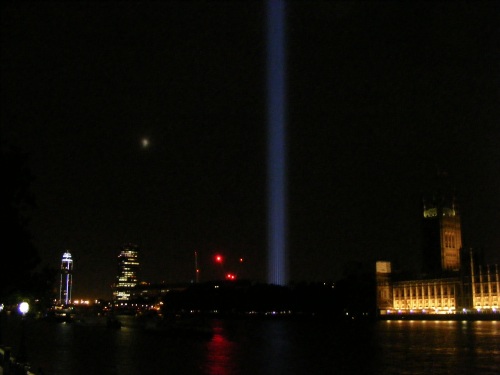 The view of Spectra from St Thomas' Hospital

The salute, with rounds discharged at one minute intervals by the Honourable Artillery Company from Tower Wharf at sunset, was to honour the dead of the four year conflict with Germany.

River navigation was paused just before the first round echoed across the water at 9.10pm.

Meanwhile, actor Tim Pigott-Smith, standing among poppies in the Tower of London moat, began reading aloud 140 names of the war dead. The reading and salute was followed by the sounding of the Last Post on a single bugle.

The growing ceramic poppy installation Blood Swept Lands and Seas of Red in the moat is a collaboration between artist Paul Cummins and stage designer Tom Piper.

The reading of names will continue daily until November when the number of poppies should have grown to 888,246. Each one represents a military fatality.

As Tuesday's ceremony came to an end spectators could see the pillar of light rising behind City Hall and The Shard. The huge 'candle', first seen on Monday at the close of the Lights Out hour marking the centenary of the declaration war, is being beamed upwards nightly from Victoria Tower Gardens until Sunday.

Spectra, as the light installation by Japanese artist Ryoji Ikeda is called, has been commissioned by Mayor of London Boris Johnson and WW1 Centenary Art Commissions.