Plans to demolish a nursery on Tower Bridge Road and replace it with a four-storey block of flats have been withdrawn after objections from parents and councillors. 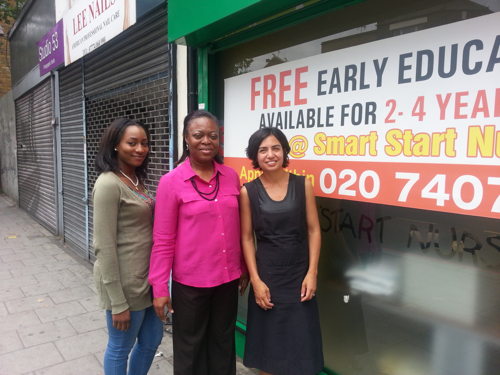 Acceptance Company Ltd had applied to demolish the building at 55-57 Tower Bridge Road – where the shopfront is currently occupied by Smart Start Centre Nursery – and build eight new flats.

The application was withdrawn earlier this month after Southwark planning officers recommended that the scheme was turned down.

Smart Start Centre nursery has been open for more than a decade and currently has a long waiting list.

However, the developer argued that the nursery was "surplus to the requirements of the local community" and that sufficient nursery places were available in the surrounding area.

Council planning officers did not accept this argument and concluded that "with a 'good' Ofsted outcome, its location, its operational hours, the provision for early years and the convenience for the residents mean that the nursery facility should be retained".

Rather than risk their scheme being turned down, the developer chose to withdraw the application which enables them to submit revised plans without incurring a further charge.

"All the parents and staff are so relieved that the nursery will remain open," said Christine, the nursery manager.

"We're so grateful for all the support our parents and neighbours showed to the nursery – and for the help of our local councillors."

Chaucer ward councillor Claire Maugham said: "I'm delighted that our campaign to save this much-loved local nursery from closure has been a success.

"At a time when parents are struggling to access quality affordable childcare it is more important than ever that we support local childcare providers and the support from parents for this campaign is testament to the great work Smart Start Centre does in caring for local children."