Blessing of the Thames to be an annual event

The Baptism of the Lord Sunday has been marked by the ancient ceremony of Blessing the Waters. 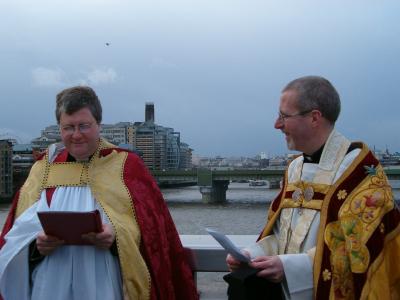 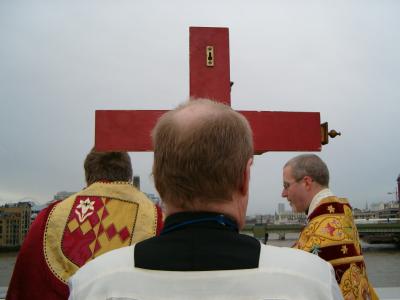 The Blessing of the Thames, which is intended as an annual Southwark event, was the idea of Fr Philip Warner who has recently been appointed to St Magnus. He was impressed by seeing the annual Blessing the Waters whilst serving in Serbia.

The Port of London Authority halted river traffic to allow a wooden cross to be hurled into the Thames as a symbol of Christ's birth and baptism. Prayers were said for those living near the Thames, those working on the river and those who died on the Marchioness disaster nearby.

Meanwhile the Greek Orthodox Church was holding a Blessing of the Thames downstream at Margate in the Thames estuary.

• The wooden cross at London Bridge was swept upstream by the fast flowing river. Anyway finding the cross on the beach at low tide is asked to phone 020 7633 0766 and give the location.