The Scottish flag is to fly above Southwark Council's Tooley Street office for a week. 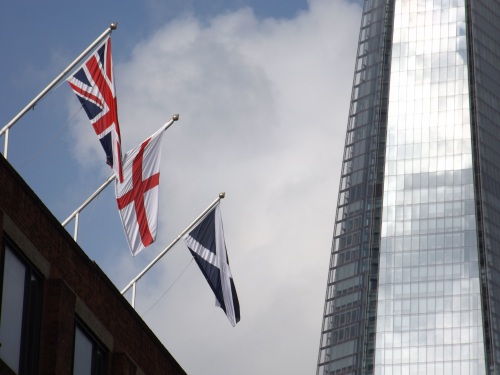 The flag was raised on Thursday, seven days before Scotland's independence referendum on Thursday 18 September, to support the 'Better Together' campaign.

The Scottish flag and the Union Jack will be flown daily on each side of the English flag.

The Union Jack, representing the United Kingdom, incorporates the cross of St George and the St Andrew's cross featured on the other two flags.

"Breaking up the UK will not only be bad for Scotland, but will be bad for London and Southwark," said Southwark Council leader Peter John.

"Whether in Dulwich or Dundee, in Peckham or Perth, in the Elephant to Edinburgh people care about the same things – a safe and secure community, a job, their family supported and a place to call home.

"We are flying the flag, to let people in Scotland know that we want to stay united. Their success and our success rely on each other – from the people of Southwark to the people of Scotland we are better together."

Flying the Scottish flag to show support for the 'No campaign' was first suggested by Labour leader Ed Miliband. The result of the vote is expected around 7am on Friday.