The City of London's former chief planner has criticised the proliferation of tall buildings in Southwark and Lambeth. 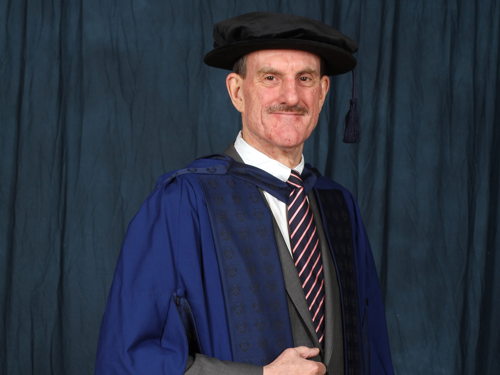 Speaking at the RSA last month, Peter Rees explained that the Square Mile's skyscrapers had been necessary to accommodate the growth of the financial services sector, whereas the predominantly residential tall buildings south of the river don't meet any clearly defined need.

"Building tall is a last resort not a first resort," he said.

"Only build tall if you've run out of land and you still need to accommodate people because you're amazingly successful.

"Don't build tall because it will make you more successful than you were before.

"Canary Wharf? You could say the same thing.

"But Elephant & Castle? Build a skyscraper? Did it make any difference?

"Isn't it still the Elephant & Castle but now with a skyscraper?"

Later he added: "The idea of dotting tall buildings across London is a disaster.

"The idea of dotting them all along the river from Bermondsey to Battersea is absolutely awful and it's ruining London.

Rees also used his RSA lecture to criticise initiatives such as the Garden Bridge and the London River Park which he dismissed as an example of politicians offering "bread and circuses" to distract from the city's real needs.

As chief planning officer for the City of London for almost 30 years, Peter Rees oversaw the approval of developments such as Gherkin, the Cheesegrater and the Walkie-Talkie.

This week Peter Rees returned to London South Bank University – where he spent three years at studying town planning part time – to receive the title of honorary doctor of science at the university's graduation ceremony at the Royal Festival Hall.

Originally qualifying as an architect, he worked for the Department of the Environment's conservation team and then Lambeth Council.

It was at this point that he decided he needed a qualification in town planning to add to his grounding in architecture, and chose the then Polytechnic of the South Bank.

"I wanted to formalise my knowledge of town planning," he said.

"I've always been more interested in how whole areas work, rather than individual buildings. It's the mix of elements that makes a place dynamic."

LSBU vice chancellor David Phoenix said: "In recognition of his vision, his achievement in transforming the City, and his commitment to sharing his knowledge and experience with the next generation of architects and planners.

"It is a pleasure to present Professor Peter Rees the award of honorary doctor of science."