Evening news programmes on the Al Jazeera English channel are now broadcast from a studio on the 19th floor of the Shard. 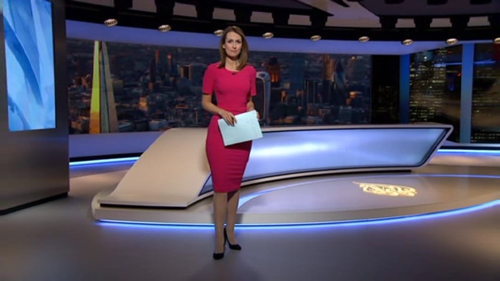 London-based staff at the Qatar-owned news channel moved to the Shard from Knightsbridge in September, but the new studio did not make its on-air debut until Monday night.

The newsroom and studio on the 19th floor of the Shard now serves as the London bureau for Al Jazeera's Arabic and English-language channels.

Al Jazeera English is available on Freeview, satellite and cable in the UK.

News broadcasts from the Shard are shown at 7pm, 9pm and 11pm GMT.

The London studio is also used during the Newshour programmes at 3pm and 6pm GMT which are anchored from Al Jazeera's Doha headquarters.

Apart from news bulletins, the channel also uses the London studio for other programmes such as Listening Post.

• The Shangri-La Hotel at The Shard is the subject of a documentary – Hotel In The Clouds – to be shown on ITV at 8pm on Tuesday 11 November.