British Transport Police officers have released an image of man they want to speak to following a sexual assault on board a Bakerloo line train between Lambeth North and Charing Cross stations. 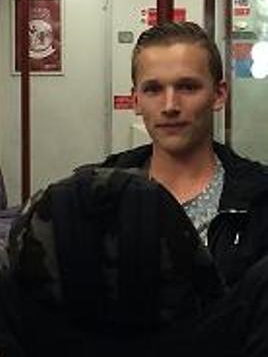 Do you recognise this man? BTP would like to hear from you

The incident happened just after 2.30pm on Wednesday 8 October.

The victim, a 21-year-old woman, boarded a train at Elephant & Castle station to travel to Oxford Circus.

During the journey, a group of six young men joined the same carriage at Lambeth North. After a short while, one of the men sat next to the victim.

The man tried to engage the victim in a conversation before he went on to sexually assault her.

Investigating officer PC Eric Anang said: “We believe the man in the image may hold vital information to our investigation.

"I am now appealing to members of the public to help identify him. Also, if you were on the train at the time of the incident and witnessed the assault, please get in touch with BTP.”