Murderer on the run caught after visiting Waterloo day centre

A convicted murderer who absconded from prison months ago has been apprehended in Waterloo. 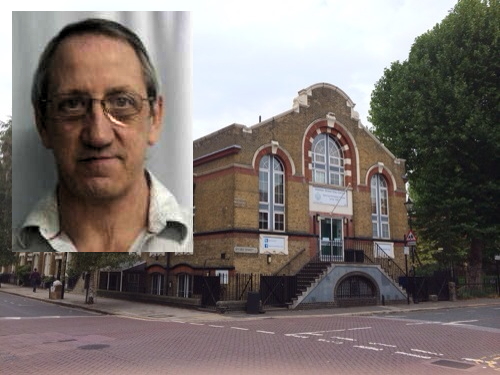 John James Reilly, 58, was serving a life sentence after slitting a man's throat when he was freed on temporary licence from HMP Leyhill near Bristol in August and failed to return.

He was finally caught on Saturday in London when Lambeth council officers were alerted that he had visited a day centre for the homeless in Webber Street near Waterloo Station.

Cllr Jane Edbrooke, Lambeth's cabinet member for neighbourhoods, said: "This is a fine example of the vigilance and speed of thought from our community safety officers.

"This man had been wanted for months, but as soon as he was flagged up on our system the game was up.

All the organisations involved deserve credit, from the day centre manager who alerted us, to our officers who acted quickly and the police, outreach and council teams who responded.

"It just shows that there are effective systems in place to keep our streets safe."

Chief Inspector Roy Smith said: "This is an excellent example of partnership working and demonstrates real improvements to the sharing of intelligence between the MPS and partner agencies.

"All those involved should be proud of their actions which have helped keep the public safe."

Reilly is originally from Hamilton, South Lanarkshire, and was serving a life sentence for murder. He also had a previous conviction for kidnapping.

He was released on temporary licence from HMP Leyhill on 26 August this year to report to premises in Cumbria three days later, but failed to turn up.

Avon & Somerset and Lanarkshire Police had been on alert ever since.