Transport for London has declared 'zero tolerance' on 'A' boards and pavement clutter in Borough High Street and Tooley Street. 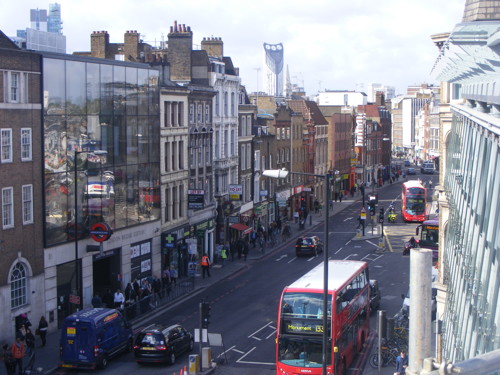 Shops which repeatedly place advertising boards on the pavement in the sections of Tooley Street and Borough High Street controlled by Transport for London can expect to receive Ł100 fines if they don't heed warnings to desist.

"Freestanding 'A' board signs can constitute an unlawful obstruction, nuisance and a potential danger to the public," according to a report prepared for this week's meeting of TfL's surface transport panel.

"They interfere with the movement of pedestrians, particularly older people, or those with visual or mobility impairment issues."

The new 'zero tolerance' policy at 18 locations across London – including Borough High Street and Tooley Street – follows a trial during the first six months of 2014.

Borough High Street and Tooley Street were chosen for the trial along with two other locations in Hackney.

At the beginning of the trial there were a total of 70 'A' boards across these three locations.

85 fixed penalty notices for Ł100 were issued during the trial to 30 different businesses.