Controversial plans for a new Tesco Express convenience store at the corner of Queen Elizabeth Street and Curlew Street have been approved by councillors. 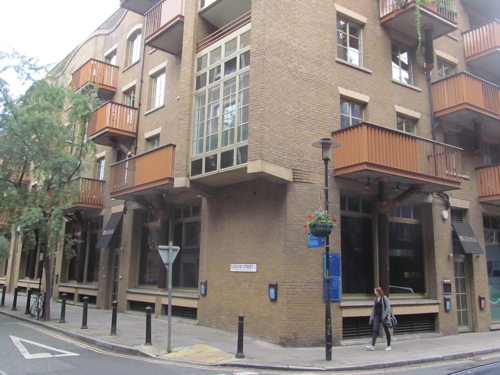 The planning application was approved by six votes to two after more than three hours of discussion at a committee meeting on Tuesday night.

Planning officer Rob Bristow explained that most of Tesco's proposed works did not require planning permission, with only the former dental surgery requiring consent for change of use to retail.

"There will not be undue amenity impacts," said Mr Bristow.

Local resident Fisher Dilke told the committee that the store would require five lorry deliveries every day throughout the year and asked councillors to reconsider the proposed servicing arrangements for the store.

He voiced concerns about the proposed loading bay on Curlew Street and the safety implications of the extra lorries in the narrow streets around Shad Thames.

Mr Dilke also warned that the area's distinctive character – nurtured by Sir Terence Conran's restoration of Butler's Wharf – would be put at risk and make the neighbourhood less attractive to visitors.

"It seems weird to channel a procession of heavy lorries through it to service a convenience store," he said.

Mr Dilke added: "The whole area has a kind of unity which is rare in districts of London."

Planning consultant Nick Baker, speaking on behalf of Tesco, said that the delivery arrangements had been drawn up to minimise the length of pavement that cages of stock would have to be moved across.

He also said that Tesco had chosen to use smaller lorries at this location which could result in a higher frequency of deliveries.

Committee member Cllr Adele Morris pointed out that the council's own highways department had warned that the streets around Shad Thames "are not suitable for HGVs".

Dr Scott Woodley, who lives in the LSE residence in Gainsford Street, addressed the committee in support of the proposed store. He said LSE students would find the new Tesco useful and that if there was insufficient local demand then the store would close.

Addressing the committee on behalf of constituents, Riverside ward councillor Anood Al-Samerai pointed out that the proposed change of use would mean the loss of class D1 community use (the dental surgery) which is discouraged under the borough's planning policy.

Cllr Al-Samerai argued that by combining what were originally designed as four separate shop units into one supermarket, Tesco is proposing retail on a scale not previously seen in the Shad Thames area.

She warned that the new store would have a "fundamental permanent effect on the character of the conservation area".

She added: "I urge you to be brave enough to say no to this applicant".

Under questioning from committee members Cllr Al-Samerai explained that 400 people had responded to a survey on the proposed Tesco store conducted by the Riverside ward Lib Dem councillors with 80 per cent against the proposal.