Transport journalist Christian Wolmar, who is seeking selection as the next Labour candidate for Mayor of London, brought his campaign bus to Elephant & Castle and City Hall on Saturday. 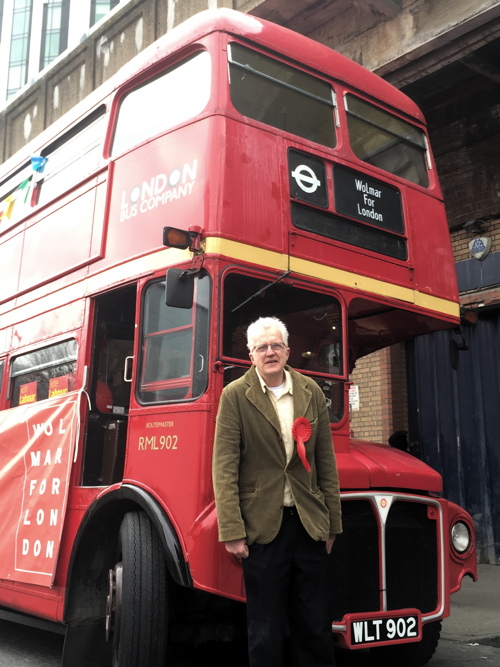 The 'Wolmar Bus' made the journey from Bexleyheath to City Hall to mark the launch of his 'transport vision'.

We caught up with Christian Wolmar at Elephant & Castle.

"We want to make London more affordable, more sustainable and more liveable," he told us.

"In terms of transport that means more people walking, cycling and using public transport – and fewer people using their cars.

"So you have to have the right ways of channeling them towards that – for example by having a more flexible congestion charge system to deter people from [driving] at peak times, but also on the other hand having a public transport system that is more accessible, that gives a fairer deal to people on the outer fringes of London and which is really open to all in a way sometimes it isn't at the moment because of high fares."

• Listen to the full interview above – hear his views on cycling at the Elephant & Castle, whether he can beat Tessa Jowell and why the Garden Bridge is "an outrage".

• Labour will select its mayoral candidate soon after the general election, and for the first time non-members of the party will be able to register as 'supporters' to take part in the primary.