A large chunk of Bermondsey was sealed off by police on Monday morning after a presumed World War II unexploded bomb was found on a demolition site. 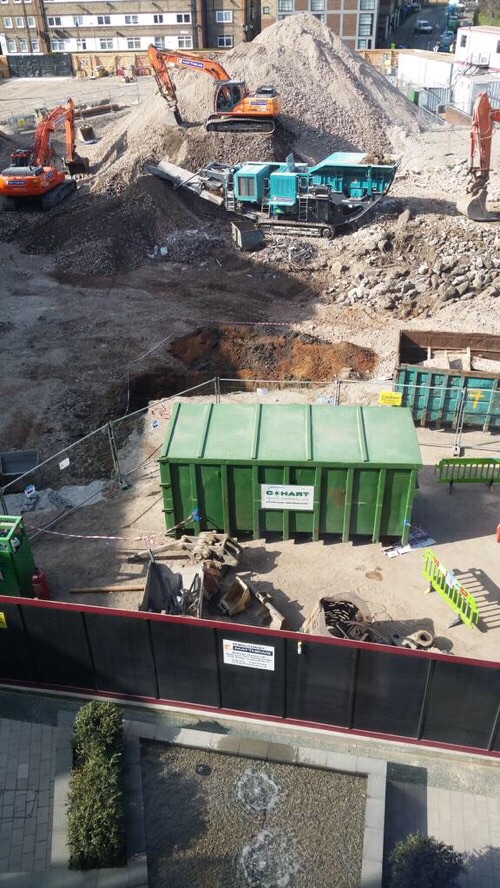 Photo of the site where the bomb was found. Courtesy of Cllr Lucas Green 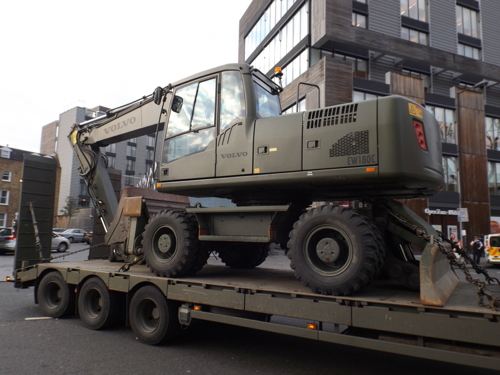 Follow http://twitter.com/se1 for the latest reports from the scene.

The bomb was discovered at the corner of The Grange and Grange Walk where the former council offices at Evelyn Coyle House and Mabel Goldwin House are being demolished to make way for a new housing development.

Police say that the bomb is around 5ft long and is believed to weigh 1000 lbs.

Roads in the area bounded by Tower Bridge Road to the west, Abbey Street to the norrth, Alscot Road to the east and Willow Walk to the south were cordoned off by police.

"We are working closely with the emergency services who are leading the operation to identify and respond to the bomb," said Southwark Council in a statement.

"If you live within this area you will not be allowed into your home and should go to one of the rest centres in Canada Water."

The statement added: "We would advise people to stay away from the area if at all possible, especially at rush hour.

"We are awaiting more information about next steps once a comprehensive assessment of the bomb can be carried out."

Animals were carried to safety from Andrew Kirby vets in Grange Road.

The emergency services took over the car park of Harris Academy Bermondsey as a marshalling point for their vehicles.

Rest centres have been set up at Rotherhithe's Seven Islands Leisure Centre and Canada Water Library.

Follow http://twitter.com/se1 for the latest reports from the scene.

Have you been affected? Post an update in our forum