The Roxy Bar & Screen is facing an urgent review of its premises licence after Sunday morning's mass brawl in Borough High Street which left nine people in hospital. 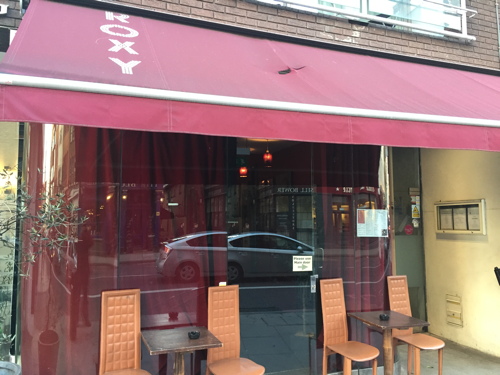 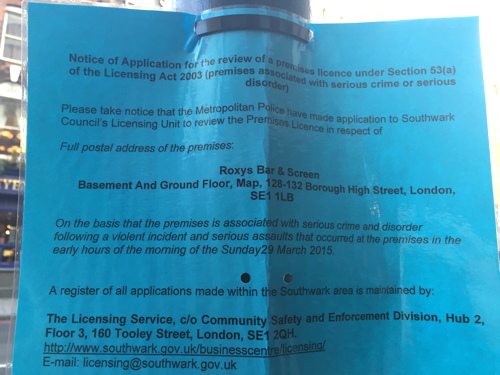 Borough High Street was cordoned off for more than 12 hours while police investigated Sunday morning's fight which resulted in nine arrests.

Southwark Police have applied to Southwark Council for an expedited review of the premises licence of Roxy Bar & Screen in Borough High Street "on the basis that the premises is associated with serious crime and disorder following a violent incident and serious assaults that occurred at the premises in the early hours of the morning of Sunday 29 March".

According to the council officers' report on the licence review application, on Sunday morning "a fight involving around 50 people took place inside the premises and led to some 100 people spilling out onto the street".

The report further notes that "this took place beyond the closing time of the premises under the licence".

The venue was already under council scrutiny before Sunday morning's incident.

Earlier this month the bar had received a warning letter from the council after noise team officers confirmed that music from the venue constituted a statutory nuisance to neighbouring residents.

A further letter was sent later in the month by licensing officers listing 16 points of concern.

The council's environmental protection team challenged a temporary event notice (TEN) issued by Roxy Bar & Screen in relation to planned parties till 4.30am over the Easter weekend.

Councillors will meet on Wednesday afternoon to decide whether to suspend the venue's licence pending a full hearing on Thursday 27 April.