The famous but now lost work by Eric Ravilious at Morley College is recalled in a major exhibition at Dulwich Picture Gallery. 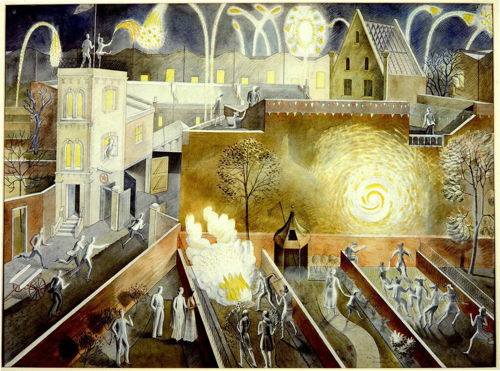 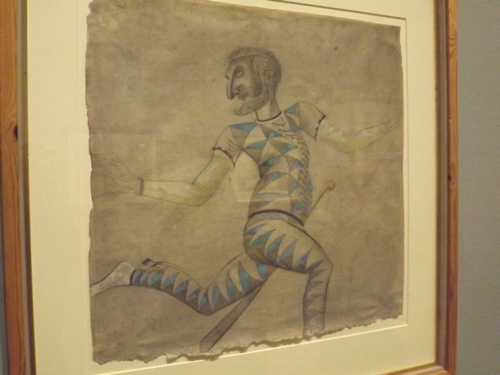 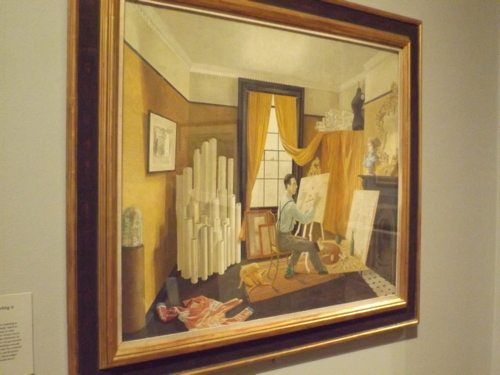 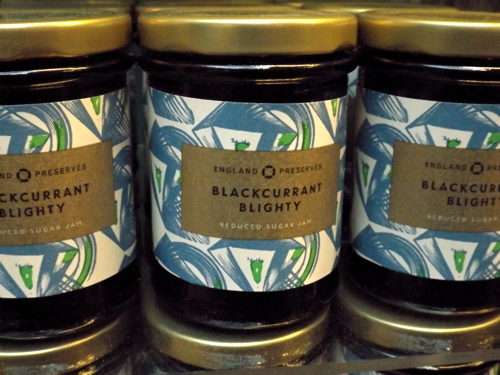 Bermondsey-made jam with a Ravilious label

From September 1928 into 1929 the artist painted murals in Morley College refectory which – unlike almost all his later works – included many human figures.

One figure climbing stairs was his fellow student Tirzah Garwood whom he married shortly after the mural had been declared 'unveiled' by former prime minister Stanley Baldwin.

On display is Harlequin 1928 which is a preparatory drawing for one of the mural figures.

There is a rare portrait by Ravilious of Edward Bawden who assisted Ravilious in the Morley project which brought them both to public attention. In the painting Bawden is sitting at an easel but prominent in a corner are rolled up copies of the preparatory drawings for the mural.

The great Morley mural was lost during World War II bombing and it was Bawden who returned to paint the Canterbury Tales mural seen by students today.

November 5th 1933, a picture full of back garden detail, is described as having been created in the aftermath of the Morley College commission. (A postcard reproduction is available; 70p.)

Among galleries loaning works is the Imperial War Museum which staged the Ravilious centenary exhibition in 2003.

Exhibition souvenirs include a jar of Blackcurrent Blighty jam (£6.50) made in Bermondsey. The label features a blue pattern wood engraving cut by Eric Ravilious for the first book he illustrated. Later Curwen Press issued it as a paper.

Ravilious died in 1942 whilst working as a war artist and in 1948 the blue pattern was chosen as the most suitable cover for the memorial exhibition catalogue.

Bermondsey Bramble, also produced by England Preserves in Spa Road SE16, has a 1935 Edward Bawden pattern on its label. Jars are available from B Street Deli and Albion Neo Bankside.