"Cheeky, charming, comical and wise way beyond his 20 years" is how the family of Tommy Blackmore, fatally wounded in Queen Elizabeth Street on Saturday morning, have described him. 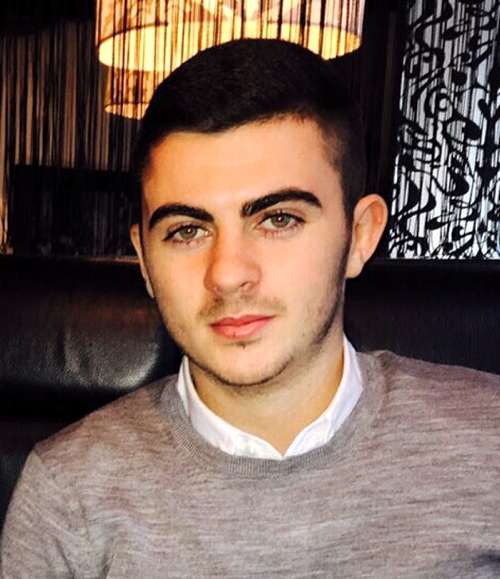 Tommy Blackmore, aged 20, was fatally injured on Saturday morning and died in hospital

Local man Tommy Blackmore died in hospital after an incident on Tower Bridge Road and Queen Elizabeth Street in the early hours of Saturday 13 June.

The following day a 28-year-old man was arrested on suspicion of murder and remains in custody.

Two others – arrested on suspicion of grievous bodily harm – have been released on bail.

A fourth man also arrested on suspicion of murder has been released with no further action to be taken.

"A few words about Tommy: The youngest of three boys and absolutely doted on by friends and family alike. He was a loving and fiercely loyal son, brother, uncle and friend. He made an impact on and had time for everybody who crossed his path. A vibrant character, cheeky, charming, comical and wise way beyond his 20 years.

"He was one of the promoters for and heavily involved the 'Fight 4 Cancer' charity which has so far raised over Ł32,000 for Cancer Research UK. Tommy loved sport, especially football. He played regularly and was a lifelong Millwall fan.

"He was a well loved and hugely popular boy which has been demonstrated by the sheer number of people who have left a sea of flowers and tributes both at his family home and at Tower Bridge.

"This afternoon over 150 friends and family took part in a walk from his home up to Tower Bridge to pay their respects. All the boats on the River Thames today flew their flags at half mast as a mark of respect for Tommy.

"Tommy has been summed up by the thousands of comments left on social media in the last 36 hours which have all been positive and described him as the harmless and fun character that he was. The respect and love that has been shown is usually reserved for someone much older and is a testament to what a terrible loss has been suffered."