Two men have been jailed after robbing a man at knifepoint in Willow Walk and threatening to stab a police officer in Leathermarket Gardens. 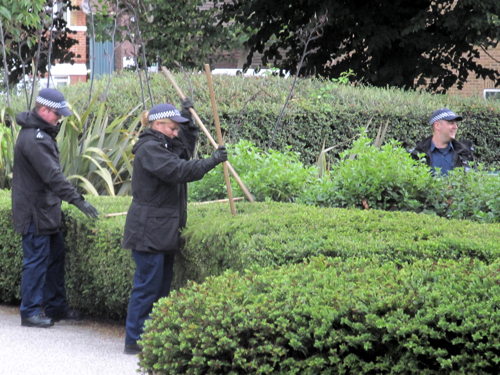 21-year-old Timothy Murphy of Rothsay Street was sentenced at Woolwich Crown Court on Friday 29 May to six years in prison followed by an extended licence period of three years for robbery and attempted robbery.

Ashley Morris, also 21, of Leyton was sentenced to six years in prison followed by an extended licence period of three years for robbery, attempted robbery and possession of a bladed article.

Morris pleaded guilty to one count of possession of a bladed article.

At about 11.30pm on Sunday 10 August 2014 the victim, a 34-year-old man, was walking down Willow Walk whilst talking on his mobile phone.

Morris and Murphy approached the victim and threatened him with a knife. They asked for his bank card and stole his mobile and wallet containing Ł40.

The victim called police as soon as he could.

A police constable, who was on patrol on his bicycle, became suspicious when he noticed both Murphy and Morris in Leathermarket Gardens.

When the officer tried to stop the duo, they attempted to rob him of his satchel and threatened to stab him.

The officer called for immediate assistance – Murphy and Morris were both arrested in the early hours of Monday 11 August.

Murphy was charged with one count of robbery and attempted robbery.

Morris was charged with one count of robbery, attempted robbery and possession of a bladed article.