A new weekly food market has launched at the eastern end of Druid Street. 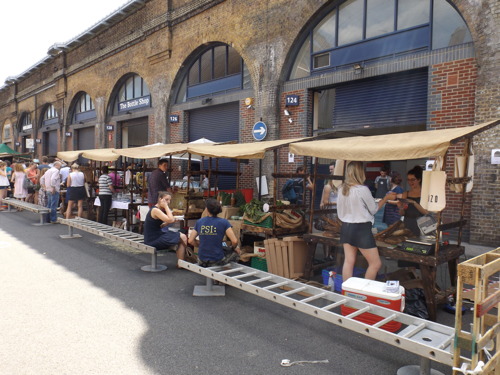 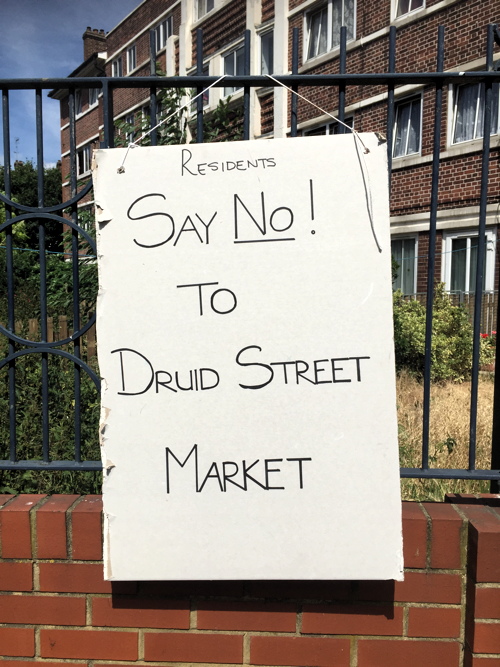 The market takes place on Saturdays in front of the railway arches at the Abbey Street end of Druid Street where several breweries and food businesses already sell their products to the public.

The organisers say they aim to serve locals as well as visitors to the area, and to complement the existing food traders around Maltby Street and Spa Terminus.

However, the new market is directly opposite homes on the Arnold Estate and complaints of noise and antisocial behaviour have led one resident to apply to the council for a formal review of the Anspach and Hobday brewery's premises licence which is due to be considered next month.

Banners with the slogan 'residents say no to Druid Street Market' were also displayed opposite the market stalls on Saturday.