A man who killed a talented classical pianist and respected academic in an unprovoked attack has been jailed at the Old Bailey. 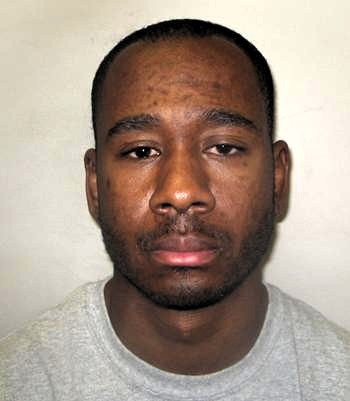 30-year-old Mark Patten from Thornton Heath was sentenced to life imprisonment to serve a minimum of 17 years for the murder of Menelaos Aligizakis, 43, following an incident in Waterloo.

The court heard how in the early hours of Saturday 3 January, Mr Aligizakis – a Greek national who was in London visiting friends over Christmas – was attacked by Patten in an apparent unprovoked attack as they left a club.

Mr Aligizakis arrived at the the Carriage 34 club in Lower Marsh shortly after midnight.

Patten entered the same club just moments after Mr Aligizakis but was seen leaving at 0.30am and returning just under 45 minutes later with a female friend.

There was no interaction between the two parties at any point during their time at the club and at 2.29am CCTV showed Patten and his friend leaving the club followed three minutes later by Mr Aligizakis.

Patten and his friend were seen walking down Lower Marsh with Mr Aligizakis some 50 yards behind them and at the junction of Lower Marsh, Baylis Road and Waterloo Road the two parties met. They walked along together engaged in a conversation which was seemingly good natured.

All three then turned into Waterloo Road, towards Waterloo Station, with Mr Aligizakis walking slightly ahead.

It was at this point Patten unleashed his unprovoked attack on Mr Aligizakis, who at the time had his hands in his pockets and was unable to protect himself as Patten punched him.

As Mr Aligizakis lay on the floor motionless Patten continued to kick and stamp on his head whilst screaming hysterically.

He then left the scene when he had having a verbal altercation with a passing taxi driver who had stopped on seeing Mr Aligizakis lying on the ground.

A passing rickshaw driver and his passenger also stopped at the scene. The passenger called for assistance at around 2.45am and put Mr Aligizakis in the recovery position.

Members of the public who had witnessed the attack were able to inform the driver of the bus Patten and his friend were attempting to board of what had just happened.

The bus driver refused to let them to board and the two headed off in the direction of Waterloo Bridge, where they were stopped moments later by police officers and Patten was arrested.

Mr Aligizakis was pronounced dead at the scene at 3.28am.

A post-mortem examination at Greenwich Mortuary gave cause of death as blunt force trauma to the head. Patten was charged with Mr Aligizakis's murder the day after the attack.

"Mr Aligizakis was a well liked and professional man who had returned to London to visit friends during the Christmas period," said Detective Chief Inspector Will Reynolds.

"He was familiar with London having lived here for several years prior to returning to his native Greece.

"His death was a result of a senseless and unprovoked act of brutality inflicted by Patten who has given no real reason as to why he attacked a defenceless man who had simply been enjoying a night out.

"The death of Mr Aligizakis has caused much heartache to his family, including his elderly parents. One can only imagine the suffering caused to them, compounded by the fact that due to their age they could not attend the trial.

"Patten will now serve a lengthy sentence and he will no doubt spend time reflecting upon his actions of that day, as well as thinking about the innocent lives totally devastated by the loss Mr Aligizakis."

George Aligizakis – father of Menelaos – said: "I am a retired barrister and during the entire length of my career, with all the cases that I have had to handle and all the ugliness that I have seen and felt, nothing compares to such a horrific loss as is the loss of my son, in such an uncomprehending manner.

"I am really devastated and I still don't think that words can describe my psychological emptiness for life following this horrific loss of my beloved child.

"I have not only lost a son, but a friend, a guardian, a heart-warming soul to all the darkness in the world, who despite the fact he didn't follow my profession, he was a fighter of life and during all these years of my retirement he was a surge of energy which kept me going and doing things, and among others engage with literature which was my deepest desire during the hard years of my legal career.

"Moreover, my son was a joy in our lives as he filled our house with all his friends and colleagues who visited us frequently in order to exchange ideas, philosophical points of view and political discussions with me and my son.

"My son was a giver either financially or emotionally and everyone who had met him made the same comment; there wasn't anything he wouldn't do for anyone who needed help. He was an inspiration to us, his family, his students and his friends."

Irini Aligizakis – mother of Menelaos – added: "Joy has been replaced with pain, hopelessness and despair, not for myself, his mother but for his father and sister. The murderer not only killed Menelaos but his family as well.

"Menelaos was a charismatic, real and substantial person. He loved everyone and committed his strength and energy to help all who needed help. With his volunteering in all facets of life, of helping the poor, the homeless, giving them money, food, medication and donating his blood.

"A hug from my child solved all the problems. I have saved his text messages full of love, I read them every day and with the passing I feel his absence even greater, the unbearable loss. His father has become a hunched over little old man who drags his feet from his depression.

"I hurt so very much for my daughter, my husband and myself for the unbearable absence of our child. But most of all I hurt for Menelaos, my child, who without reason, someone took his beautiful life."