Riot in Lambeth as police block entry to Halloween rave

Bricks and gas bottles were thrown at police in Lambeth on Sunday morning as violence flared in the streets around a Halloween rave. 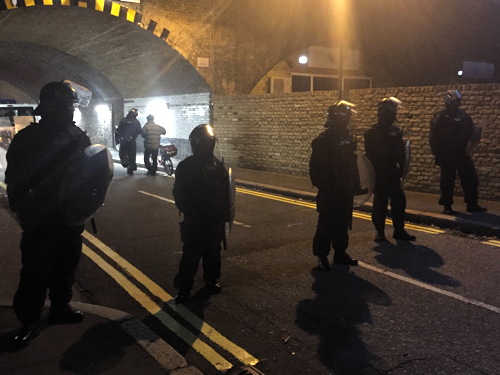 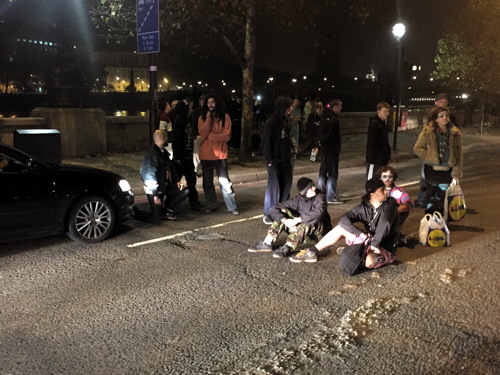 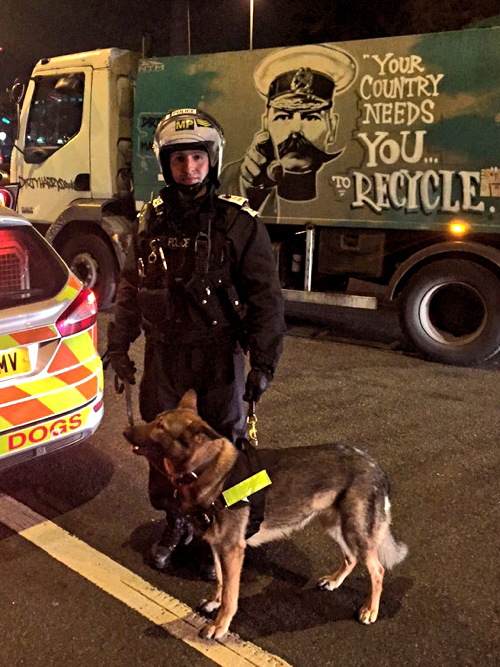 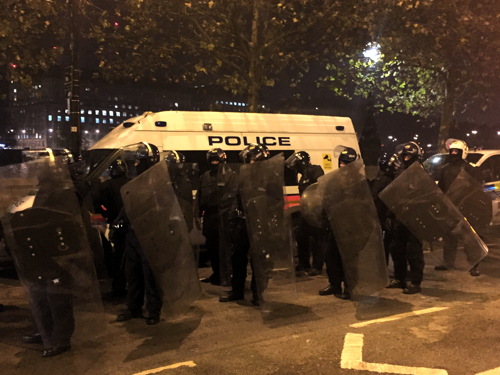 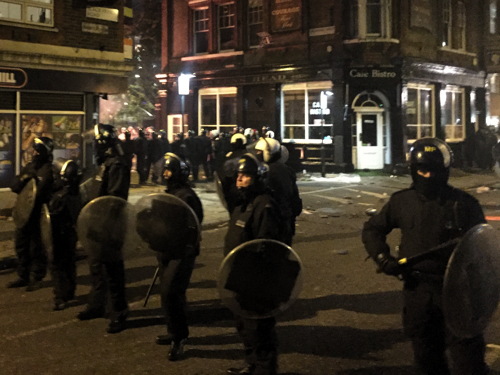 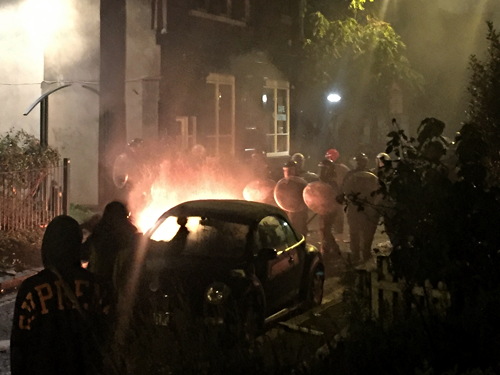 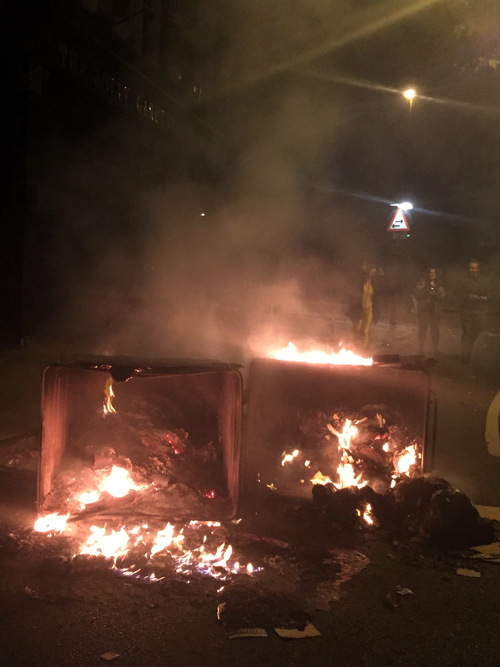 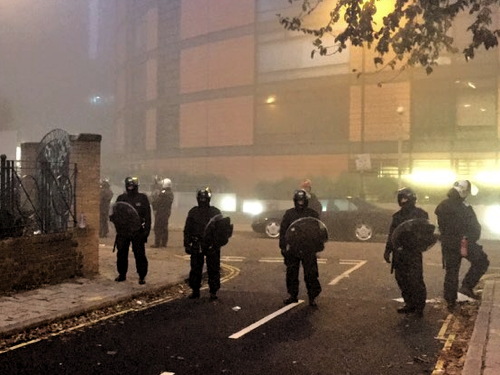 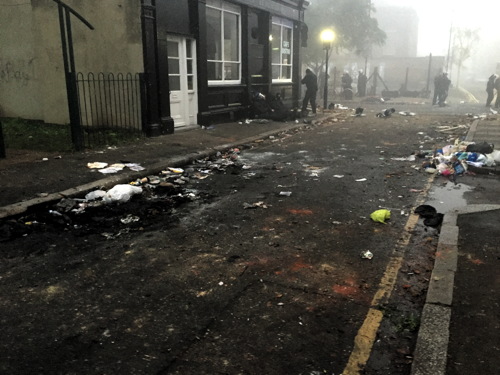 The morning after: debris in Vauxhall Walk 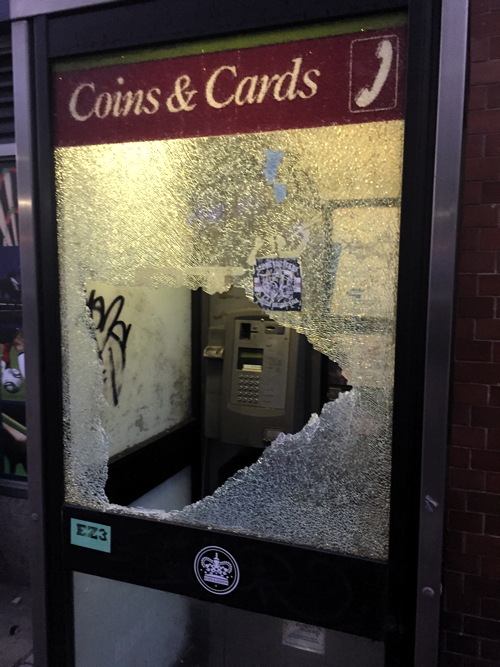 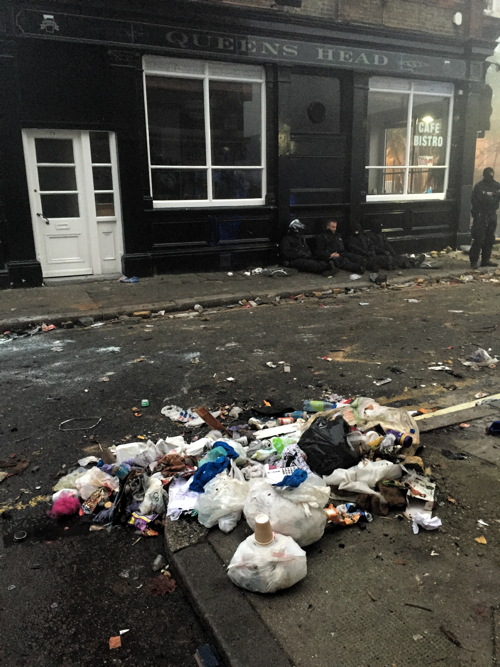 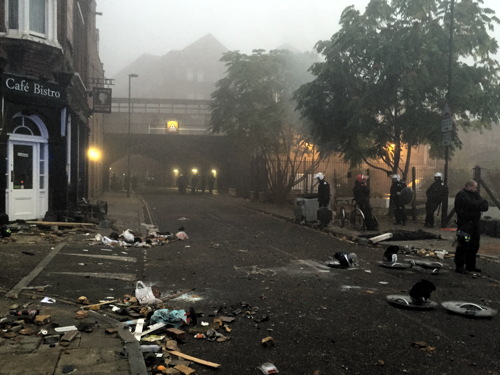 The aftermath of events in Black Prince Road

Some of the worst clashes took place on Vauxhall Walk where the police were pelted with bricks and residents' front gardens were ransacked for anything that could be used as a missile.

14 police officers were treated at the scene for minor injuries.

Fires were lit in rubbish bins on Tyers Street and Vauxhall Walk and a fridge-freezer was set alight on a nearby estate.

At 4am there were 44 police vans and cars on Albert Embankment alone, with many more parked in nearby streets.

Metropolitan Police officers from across London were called to the scene, as well as two van loads of officers from the City of London Police.

Some revellers climbed onto the railway viaduct to try to avoid the police cordon around the rave.

Shortly before 6am police closed the rave using powers under the Criminal Justice and Public Order Act.

Commander Mak Chishty said: "Unlicensed music events are dangerous and present a very real hazard to all those who attend. Last night police faced hostility and attack; this is completely unacceptable.

"In challenging circumstances, officers demonstrated restraint and professionalism to protect themselves and members of the public present in the area. I would also like to pay tribute to the local residents for their patience and support last night.

"We closed down the unlicensed music event in the early hours and as part of our investigation, we are appealling for anyone who has any information to contact us as soon as possible."

Any witnesses or anyone with any information about the disorder can contact police via 101 or contact Crimestoppers anonymously on 0800 555 111 or via crimestoppers-uk.org.