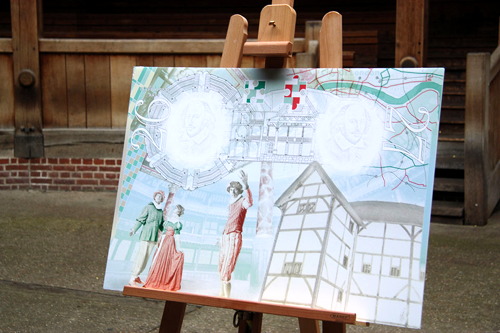 The new passport design was launched at Shakespeare's Globe on Tuesday

A new passport is launched every five years and the theme for the latest version is 'Creative United Kingdom'.

One set of pages – devoted to the Bard – carries an image of Shakespeare's Globe and a map of North Southwark.

Another spread has the London Underground as its theme and includes a picture of one of the platforms at Waterloo Underground Station.

The London Eye is also depicted on the 'Brilliant Buildings' pages.

"The UK passport has an international reputation as a trusted and secure travel document, and we work tirelessly to stay one step ahead of the criminals who attempt to abuse the UK's immigration laws," said James Brokenshire MP.

"By using some of the most advanced technology and security measures around, the latest passport design is the most secure that the UK has ever issued."