This weekend sees the final editions of ITV1's regional news programme to be broadcast from the South Bank. 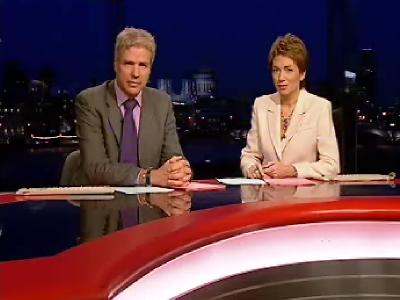 After 11 years ITV1's regional news programme is leaving the London Television Centre on the South Bank this weekend.

As part of the reorganisation of ITV in the wake of the merger of Carlton and Granada to form ITV plc, the contract for ITV London's regional news service has been given to ITN, who are moving the programme to their Gray's Inn Road studios across the river.

Although a new set has been built at ITN's headquarters, the familiar view of Blackfriars Bridge and St Paul's Cathedral will be retained, thanks to a new camera mounted on the London Television Centre which will provide a live backdrop behind the presenters in Gray's Inn Road.

40 of the 100-strong London News Network staff will not be making the move to ITN, and most of the job losses have been achieved through voluntary redundancies.

The new programme will be presented by Alastair Stewart and Katie Derham. The programme editor is Stuart Thomas, a former editor of the LBC and News Direct radio stations.