Detectives have released a CCTV image of a man they would like to speak to in relation to an 'unprovoked attack' at Waterloo Station last month. 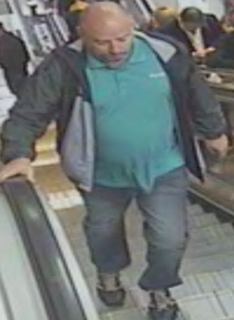 The incident took place on escalators at Waterloo's mainline station at 11.30pm on Friday 9 October.

Detective Constable Angela Gates said: "The victim, a 26-year-old man, was attacked by another man who ran down the escalator and punched him in the face.

"This was an unprovoked attack which left the victim with a nasty cut to the chin which required hospital treatment.

"I would like to reassure members of the public that this type of violent incident is rare, and ask for their help in identifying the man in the image.

"I think he has information which could prove helpful. Please tell us who he is."