A new investigation has found that disgraced celebrity Jimmy Savile visited Guy's Hospital on at least two occasions - but there is no suggestion of abuse. 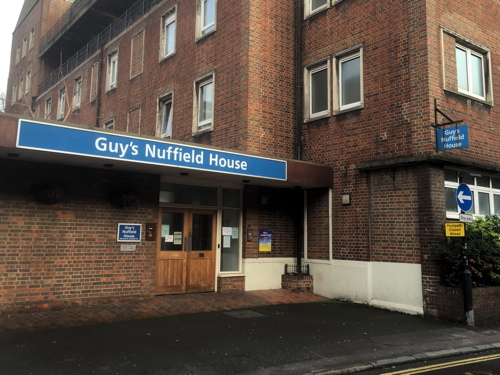 News of the investigation entered the public domain nearly a year ago in a Commons statement by health secretary Jeremy Hunt.

The findings of the investigation will be discussed at a board meeting of Guy's and St Thomas' NHS Foundation Trust this week.

In her report, Debra Saunders stresses that Guy's and St Thomas' has received "no allegation of harm or abuse" in connection with Jimmy Savile.

Ms Saunders' report examines two reported visits by Jimmy Savile to Guy's Hospital: one in 1980 when Savile is said to have visited a children’s ward unaccompanied at night time and a second visit when he is known to have opened the Guy’s Nuffield House private unit in 1990.

Although details of the claimed 1980 visit are sparse, the report concludes: "The investigators have no reason to disbelieve or dispute the accounts of Mrs A and her son Mr A that they had seen [Savile] on one of the paediatric wards at the hospital in 1980; they appeared consistent and credible in their reporting."

Savile is now known to have opened a private patients' unit at Guy's Nuffield House in Newcomen Street in 1990s – however this visit did not come to light during an initial investigation into links between Savile and local health services in 2013.

"It is regrettable that this information was not known about at the time of the first investigation despite communication across the trust about [Savile] and the various NHS investigations," wrote Ms Saunders.

"Staff interviewed have been unable to explain why they had not highlighted this information at the time of the initial investigation."

The former PA to the director of Guy's Nuffield House "explained that the team had wanted to find a celebrity to undertake the opening but that they had experienced some difficulty in sourcing someone.

"[Jimmy Savile] then agreed to do the opening.

During the 1990 visit the report finds that "two staff members have recalled accounts of what would be deemed inappropriate behaviours to themselves, including being over familiar, touching and kissing them.

"His behaviours were not acceptable but staff at the time did not report or necessarily make an objection to it.

"This also took place in an age of different social attitudes in relation to knowledge and awareness of safeguarding."