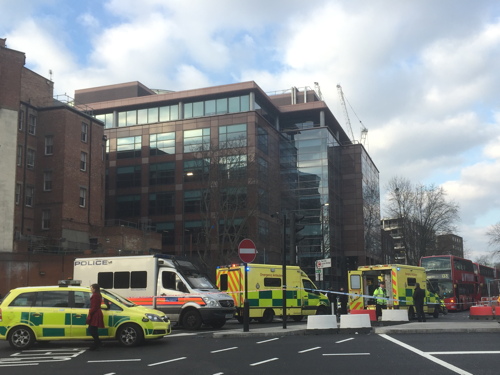 Police were called at about 3.50pm to reports of a collision between two motorcyclists at the southern end of Newington Causeway.

A 20-year-old man – who was riding one of the motorbikes – was treated at the scene for more than an hour.

He was taken to hospital where he died from his injuries.

The other rider was treated at the scene for minor injuries.

The London Air Ambulance landed on the nearby Newington Estate.

New Kent Road and Newington Causeway were shut whilst police and ambulance crews dealt with the collision.

A separate collision in nearby Kennington Park Road added to the congestion on local streets.

Anyone with information about the collision should call police on 020 8285 1574.