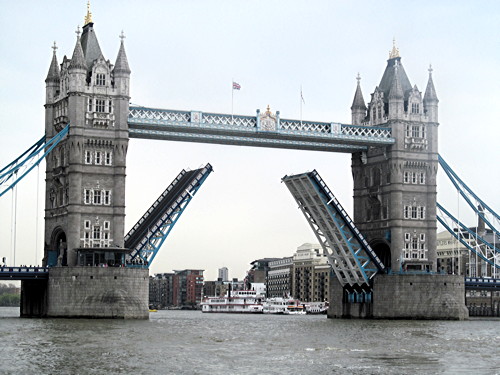 The revelation came in response to a question tabled by Grange ward Lib Dem councillor Damian O'Brien who asked for information about the results of the project launched in February to encourage drivers stuck in jams whilst Tower Bridge is lifting for river traffic to switch off their engines while they wait.

"The council and this administration takes the issue of air pollution extremely seriously and we have worked to ensure that engines idling in Southwark remains low," said Cllr Wingfield.

"Southwark Council is wholly supportive of the Tower Bridge anti-idling project, which is paid for by the Mayor of London's Air Quality Fund and aims to encourage drivers to stop idling and switch their engines off when the bridge is open, to help reduce emissions and improve air quality.

"Nitrogen dioxide (NO2) is monitored at 15 locations along the length of Tower Bridge Road and at an air quality monitoring station close to Druid Street junction, specifically installed to help measure the impact of reduced engine idling during the bridge lifts.

"Air quality limits for NO2 are regularly breached at all of the monitoring locations due to traffic emissions.

"The purpose of the project is to assess the impact of a range of messages instructing drivers to switch off their engines when the bridge lifts as well as measuring the impact on local air quality.

"Due to circumstances beyond the council's remit of control, the number of bridge lifts programmed during the initial period the signs were activated was minimal so no meaningful analysis was possible.

"As a result, the project is currently on hold until there is a period of more frequent bridge lifts scheduled for later this summer. At this time the signs will be activated and their impact measured. The project results will be available in the autumn.

"The anti-idling initiative is a driver awareness project and so no enforcement action is intended to be taken."

Tower Bridge Primary School was ranked 20th in a league table published by Mayor of London Sadiq Khan showing the 100 primary schools in the capital with the worst air quality.

At the other end of Tower Bridge Road, St Saviour's and St Olave's School at Bricklayers Arms has the sixth worst air quality of any secondary school in Greater London.