A man from Tower Bridge Road is this weekend beginning a 15 year jail sentence for his part in an armed robbery at a Camberwell travel agents in December 2002. 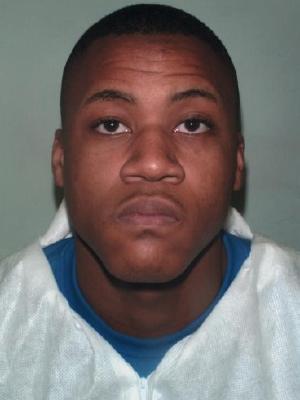 David Noel from Tower Bridge Road was one of three men who robbed the Wazobia travel agency at gunpoint, stealing £7,000 in cash and holding up a four year old girl in the process. On Friday the three were found guilty of robbery and firearms offences and sentenced to 15 years each at the Inner London Crown Court on Newington Causeway.

Noel, along with Leon Dixon and Dane Grant, was convicted following an investigation by the Met's Flying Squad.

The gang attacked the Wazobia Travel Agents in Camberwell New Road on 4 December 2002, stealing £7,000 in cash and terrorising staff and customers.

"This was a particularly nasty robbery, and a terrifying ordeal for those who were in the shop at the time," said DC Gary Davies from Barnes Flying Squad.

"The gang were so determined to get cash that they even threatened a four year old girl at gunpoint – making her hand over £10 pocket money. They also pistol whipped a man about the head, forcing him to open the safe.

"They went equipped with a firearm, and were more than prepared to use it. At one stage during the robbery they fired a shot into the air as a warning."

Noel and Grant were spotted by a passing police car as they fled from the shop. They were arrested a short distance away in St Agnes Place.

A subsequent investigation led police to Leon Dixon – from Camberwell – who was arrested at his home in SE5 on 13 May 2003.

All three defendants were charged with four counts of robbery, and offences under the Firearms Act.

DC Davies continued: "This case should serve as a warning to anyone who thinks they can commit armed robbery in London, and get away with it. The Flying Squad will find you."