Striking security guards from Metropolitan Police sites have taken their protest to the offices of the private company that employs them. 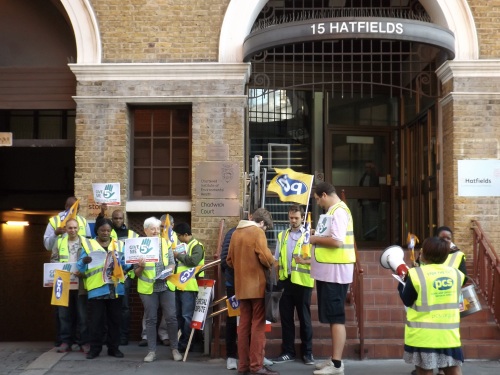 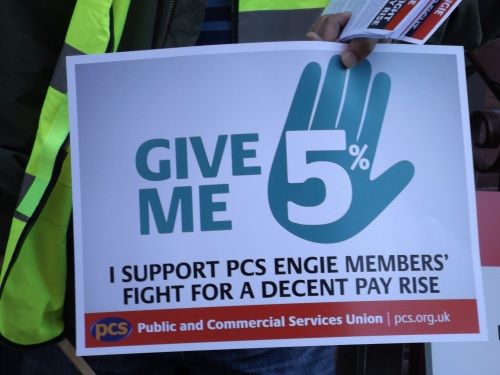 A number of strikers gathered outside the Engie office in Hatfields on Thursday morning calling for a Ł1.06 an hour pay rise.

The guards who are members of the Public and Commercial Services union and work at Hendon and Bow were marking the final day of four one-day strikes held over two weeks.

The strike has won 100 per cent support from the twenty guards who are union members. Fears were expressed outside the Hatfields office that pay could soon fall below the London Living Wage.

Although a request to speak to Engie was made by the strikers through the building's facilities manager it is understood that senior management had not arrived at the office.

The SE1 website has been unsuccessful in seeking a response from Engie to the demonstration.

PCS general secretary Mark Serwotka said: "Security at the Met Police's control centres is obviously a number one priority so it is disappointing that this private company is not taking the guards' concerns seriously."