More than 30 years after the violent murder of an elderly grandmother in Great Suffolk Street, detectives have launched a fresh appeal for help to trace her killer. 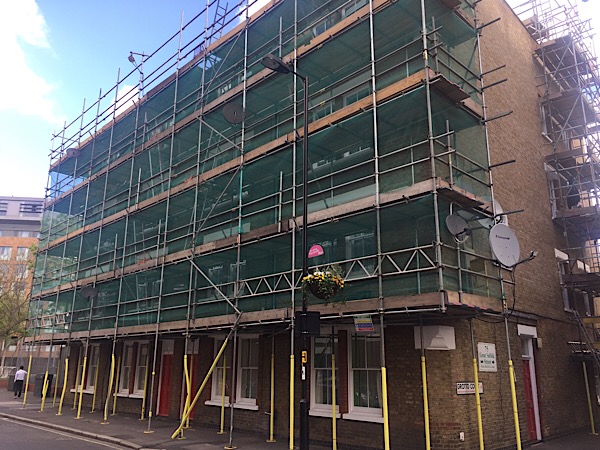 Clara Kirton, aged 86 and born in October 1899, was found dead at Victoria Buildings in Great Suffolk Street at 8am on Sunday 17 November 1985. Her throat had been slashed.

Despite many inquiries over the years her murder has never been solved, but detectives are hopeful the offer of a £20,000 reward may now encourage someone to come forward.

The substantial amount of money is available for information leading to the identification, arrest and prosecution of Clara's killer.

Detective Inspector Susan Stansfield, from the Met's Special Casework Investigation Team, said: "Detectives at the time carried out a lengthy and thorough investigation into Clara's death but despite speaking to hundreds of people and carrying out many other enquiries, no one was brought before the courts.

"Clara's son had the horrific shock of discovering not only his mother's body inside her flat but also that she had clearly been the victim of a ferocious attack. That memory has, of course, been impossible to erase and the only small amount of comfort he and the rest of Clara's family might gain is from the conviction of the person who did this.

"It was a long time ago but such an awful incident would stick in your mind if you were local to the area at the time. If you have any information, no matter how small, please come forward. Maybe you were worried about telling police at the time but now, more than 30 years on, you might feel able to approach us. We hope the reward on offer will also encourage people to contact us."

Clara's body was found by her youngest son Brian, then aged 42, in the lounge of her ground floor flat.

He immediately alerted his sister Joyce and her husband and they called police and an ambulance.

Clara was pronounced dead at the scene at 10am.

It was obvious she had been the victim of an extremely vicious attack; she had a number of wounds to her face and massive slash injuries to her throat.

A post-mortem examination found she died from inhalation of blood and crush injuries to her face and neck. The attack had most likely taken place between 4pm and 6pm the previous afternoon.

The broken remnants of a beer bottle – believed to be the murder weapon – were found strewn around the lounge.

Drawers in the lounge and bedroom had been opened and searched but the only thing stolen – despite the fact she had £700 elsewhere in her flat – was Clara's red purse containing a small amount of cash.

There was no sign of forced entry, however Clara had been in the habit of leaving her flat door open.

Police searched the immediate area looking for any evidence of a suspect but with no trace.

Clara was a widow and had four children and 26 grandchildren. She was frail, in the early stages of dementia and suffered diabetes. She was virtually housebound, leaving her flat only twice a week to visit a local community centre.

She relied heavily upon Brian who visited every day plus help from a meal delivery service and a district nurse.

It was her son and daughter who were the last to see her alive around 10am on Saturday 16 November, having taken her a chicken casserole for lunch.

Officers made extensive inquiries around the beer bottle which had been brought by the killer into Clara's house. It was a bottle of John Courage Strong Bitter, only available to buy at pubs.

However, the identity of the person who bought the bottle has never been discovered.

A number of appeals were made through the local and national press and an anniversary appeal conducted a week later in Great Suffolk Street with more than 200 vehicles and pedestrians stopped and spoken to.

A total of 766 premises were visited during door-to-door inquiries.

However, no information was received that significantly progressed the investigation. Seven men were arrested during the course of the inquiry but released with no further action.

DI Stansfield said: "We don't know for sure what the motive was but the evidence suggests someone made their way inside Clara's insecure flat and she disturbed them as they searched for cash to steal. The extreme violence used against her gave the original investigation team cause to believe the killer may have been under the influence of drink or drugs.

"Whatever the motive, Clara's family are desperate for answers and we would ask anyone who can help to come forward."

Clara's son Brian, now aged 74, said: "My mum was a wonderful lady, always friendly and happy to talk to people despite her poor health. She certainly did nothing to deserve what happened to her.

"Finding her like that was just awful. I still can't believe someone could do that to my gentle loving mum.

"Those feelings are only made worse by the fact that no one has been caught for her murder. I would ask that anyone who has information please please come forward and tell the police what they know."