A cyclist was taken to hospital on Friday afternoon after he was hit by a scaffolding lorry at the Elephant & Castle junction. 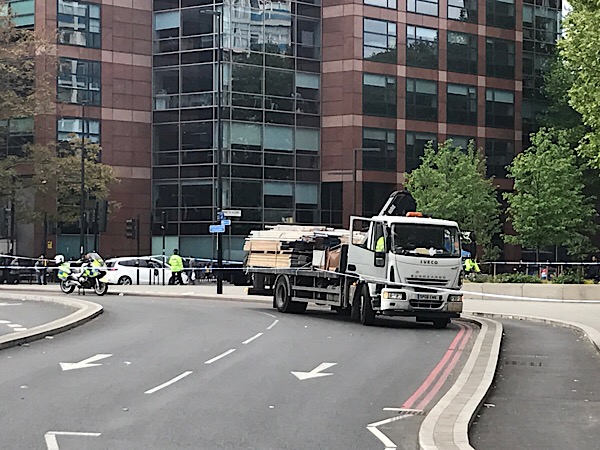 The collision took place where Newington Causeway meets New Kent Road, close to the entrance to the segregated cycle lane for eastbound riders.

The Metropolitan Police was called to the scene just before 3pm on Friday to reports of a cyclist hit by a scaffolding lorry.

The male cyclist was taken to hospital. A police spokesman told us that the cyclist's injuries are not believed to be life-threatening.

Newington Causeway was closed southbound and New Kent Road was shut eastbound whilst emergency services dealt with the incident. Bus services were diverted.

Officers from the Met's commercial vehicles unit attended the scene.

No-one has been arrested and police are continuing to investigate the collision.