Met thanks SE1 locals for "patience, hospitality and goodwill"

The Metropolitan Police has thanked people who live and work in Bankside and London Bridge for their "patience, hospitality and goodwill" as a major forensic examination continues. 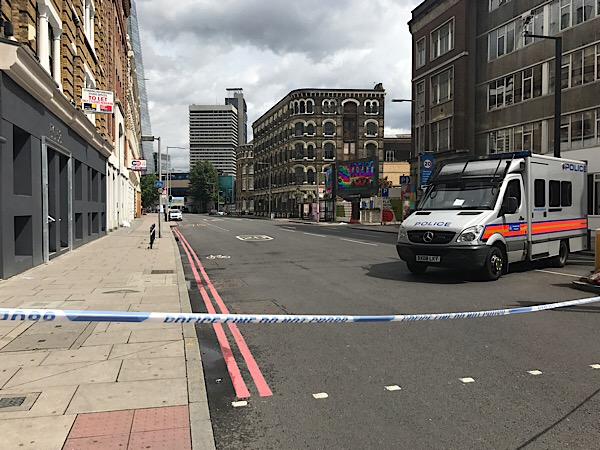 "We understand that the police cordons in place in Southwark following the terror attack in London Bridge have impacted businesses and residents, and we are working as quickly as possible so cordons can be lifted and things can start to return to normal following the tragic events of last Saturday," a Scotland Yard spokeswoman told the SE1 website.

"This is a unique, complex investigation, and officers are working around the clock to investigate the circumstances surrounding the attack.

"This involves close inspection of the crime scene which spans a very large area.

"This scene could contain important evidence, and it is important that we are given time to carry out a thorough investigation to ensure that no evidence is lost or missed.

"We would like to thank people who live and work in the affected area for their patience, hospitality and goodwill during what is a very difficult time for them and for London as a whole."

However, some have voiced concerns that advice about access to homes and business premises inside the cordon issued by police on social media didn't accurately reflect the situation residents encountered when they approached the police officers on the scene.

Southwark Council leader Peter John says he has complained to the Mayor of London's office about the inconsistent advice given to local people.