Residents and businesses around Borough Market have been told that the police operation to examine the scene of last week's terrorist attack is likely to continue till Sunday night. 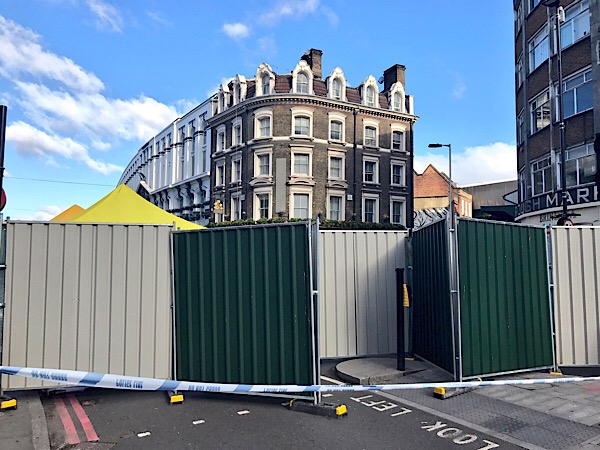 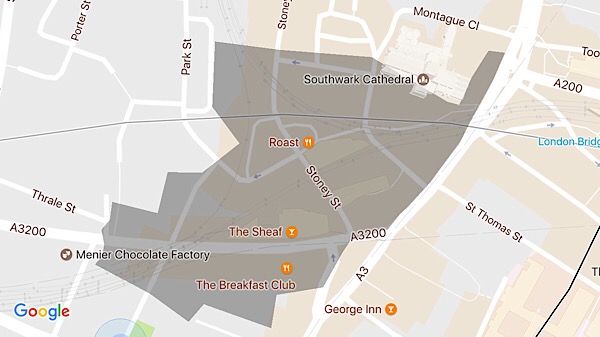 In a statement issued at 4pm on Thursday, Scotland Yard said: "We understand that the police cordons in place in Southwark following the terror attack in London Bridge have had a huge impact on local residents and businesses. We are working as quickly as possible so that the inner cordon can be lifted and things can start to return to normal following the tragic events of last Saturday.

"This is a unique, complex investigation, and officers are working around the clock to investigate the circumstances surrounding the attack. This involves close inspection of the crime scene which spans a very large area. This scene contains important evidence, and it is important that we carry out a thorough investigation to ensure that no evidence is lost or missed. We anticipate our work at the scene to be completed by Sunday evening.

"A mobile police station has been placed on Southwark Street at the junction with Redcross Way for any police queries. Access to businesses for cleansing is being facilitated by Met officers.

"We would like to thank people who live and work in the affected area for their patience, hospitality and goodwill during what is a very difficult time for them and for London as a whole."

Borough Market has said that it will not reopen until next week.

Some businesses just outside the cordon – including 'O ver, Leon and Bill's Restaurant – have reopened.

Others – including The Mudlark pub – will resume trading on Friday.

Southwark Cathedral remains closed whilst repairs are carried out to make good damage caused when police forced their way in to search the building during the counter-terrorism operation.

We are posting regular updates on the situation at London Bridge on our Twitter account at http://twitter.com/se1 .