Police are growing increasingly concerned about the welfare of a 75 year old Lewisham pensioner who was last seen at the Elephant and Castle branch of the Abbey bank. 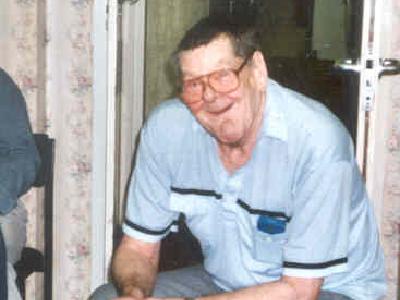 Joseph Smith has been missing since Tuesday 6 April when he was last seen at approximately 11.45am by his carer at the Abbey bank (formerly Abbey National) at the Elephant and Castle Shopping Centre.

Mr Smith suffers from schizophrenia and diabetes and requires daily medication. He has gone missing before, but has returned to his place of residence safe and well within several hours.

There have been no sightings of Joseph since he left and he has not been in touch with anybody.

PC Angela Tagg of Lewisham Missing Persons Unit said: "Joseph had mentioned to his carers that he wanted to visit the town of Blackpool, we cannot rule out the fact he may have actually gone there. He used to live in the Southwark area and we believe he may still have links there.

"We are concerned for Joseph as he is vulnerable and we have not been able to locate him at any of his usual haunts. He is known to sometimes beg passers by for money"

Joseph is described as white, between about 5'1" tall and of medium build with short cropped grey hair. On the day he went missing, he was wearing a black jacket with a blue shirt underneath, grey trousers and white trainers.

Police are asking people to keep a lookout for Joseph and contact them if they think they have seen him.  The number to call with any information is Catford Police Station on 020 8691 1212, or Crimestoppers on 0800 555 111 to remain anonymous.