An off-duty Southwark police inspector whose quick actions saved the life of a man suffering a heart attack on the Tube has been commended at an awards ceremony. 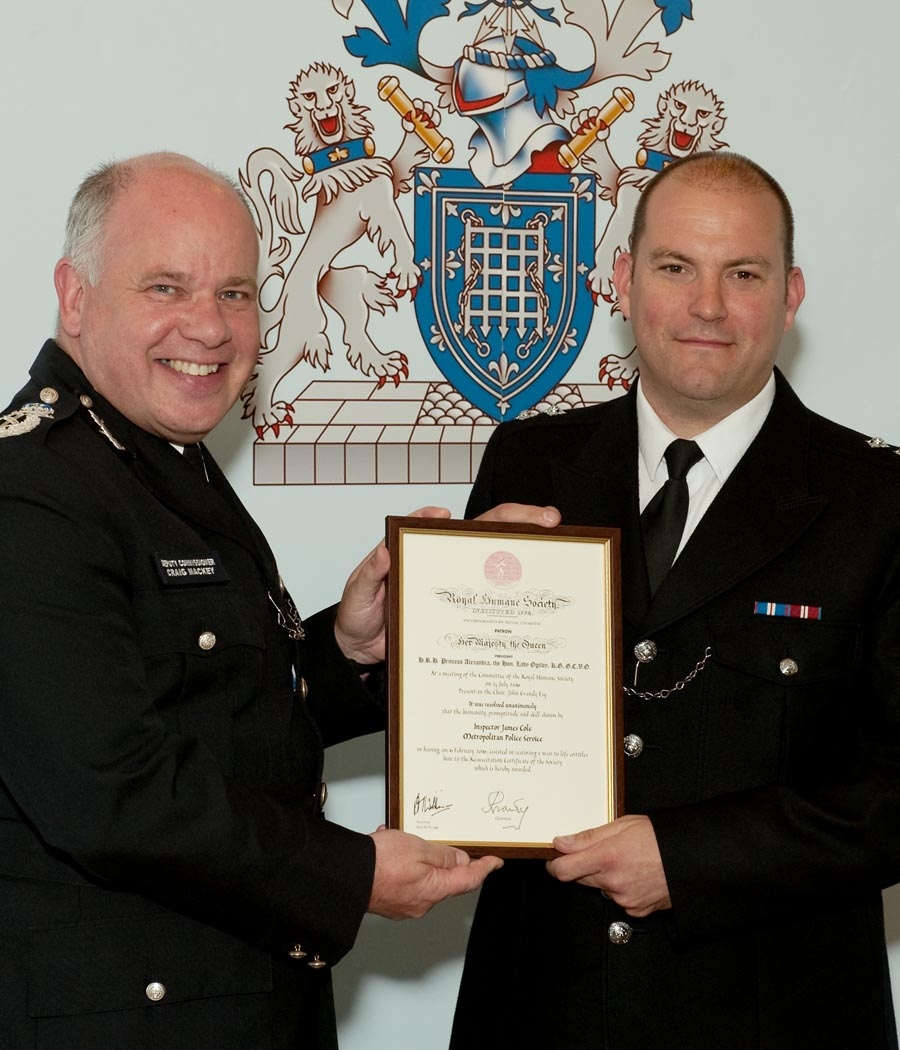 Inspector Jim Cole, who is responsible for neighbourhood policing across North Southwark, was awarded a Royal Humane Society Certificate of Commendation by Deputy Commissioner Craig Mackey at a ceremony held at the Empress State Building on Monday.

Inspector Cole was off-duty and was travelling on the Tube at about 11pm on 6 February last year. As the train came to a halt in Victoria he heard a woman calling for help.

He then saw a woman whose husband was slumped against her.

Inspector Cole went to help and found that the man, aged in his sixties, was gasping for breath and his lips were turning blue.

Inspector Cole put the man on the floor and checked for vital signs. He did not find any so he began to administer CPR on the casualty.

He asked a member of the public to user the emergency alarm to get help, and another to ask the station staff for a defibrillator. When the defibrillator arrived Inspector Cole, with the help of a member of public, ripped off the man's shirt and applied the pads.

One shock was delivered followed by further CPR. The man began to breathe so Inspector Cole put him in the recovery position.

The next day, Inspector Cole visited the man in St Thomas' Hospital and found he had undergone surgery and had a pacemaker and a number of stents fitted.

"His actions prove that officers are never off duty and they are always there looking out for members of the community."

Earlier this month Inspector Cole was in the news for his involvement in the response to the London Bridge terrorist attack.